See what's trending within the infinite versus community. Members can upload content to the community website to promote videos, showcase mods & show off playthroughs. 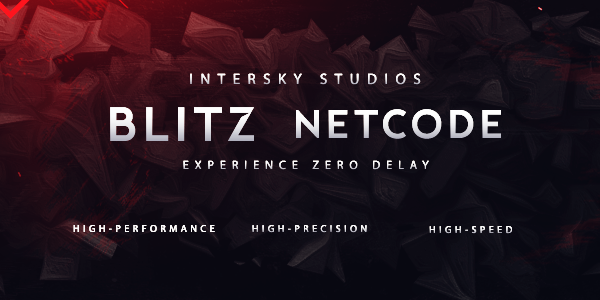 BLITZ NETCODE: is a new innovative networking technique that eliminates all input delay. Blitz is fundamentally different from the way delay-based and rollback netcode deal with input-delay. The few predictions made within blitz networking are all predestined and function without the occurrence of network fossils. Unlike rollback, Blitz only uses prediction in a limited manner that helps with syncing split-second long-distance character movements. Blitz is currently one of the only fighting based net codes that operate with dedicated low latency servers to provide players with a faster and more stable multiplayer experience.

Our discord provides resources for modders to use. Template mods for characters, stages, audio, assists, and stories are all available to the community along with a detailed tutorial to guide new modders. Discord also provides users with a community to ask questions and collaborate with. All public mods are available for download in-game, without the need to restart or log-in to an account.

When the escape meter is full, players can activate an escape. Escape maneuvers can be used to counter projectiles, cross large distances, or catch unsuspecting players off guard. When an escape is triggered, the controlled character will teleport behind the opponent.

When the rage bar is filled, players can go into a momentary rage state where they are invulnerable to attacks. The rage state also acts as a combo extender and allows the player to chain any number attacks into a potently devastating combo. The rage mode will remain active until the rage bar is completely drained.