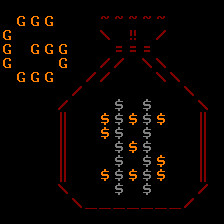 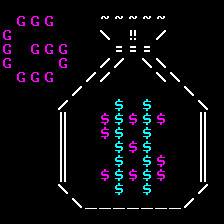 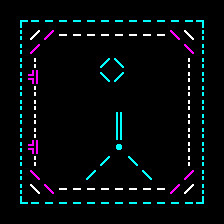 Play as a Cheese Runner, an underground trader of illicit cheese. Try to survive the gritty dystopia of a world gone mad. After a mysterious virus eliminates most of the livestock on earth, humanity is crushed under the boot of corporate control. Providing synthetic foods corporations now control the very ability to live for most of humanity. Against this oppressive corporate control and violent police state a small segment of the population fight back. With the food labs unable to synthesize casein a core component of milk critical to cheese making, the much loved food has become banned under the guise of public safety. The brave ranchers of Underground raise cowntraband to produce this precious substance, but its up to Cheese Runners to distribute it.

You've taken out a loan to get your start in the smuggling business. You've got 30 days to make good on the load or its the grinder for you. Can you evade the killbots and sniffcopters searching out cowntraband? Do you have the gonads to deal the gorgonzola? Its time to get rich (and tasty) or die trying.