Ever wanted your own dragon? Dragon Creek is a dragon raising simulator where every dragon is procedurally generated. Enter a seed at the shrine and see your dragon come to life. Care for your dragon as you train it for battle and compete in tournaments!
Recent Reviews:
Very Positive (15) - 100% of the 15 user reviews in the last 30 days are positive.
All Reviews:
Positive (42) - 100% of the 42 user reviews for this game are positive.
Release Date:
Developer:
Rekkeld
Publisher:
Rekkeld
Popular user-defined tags for this product:
Early Access Dragons Pixel Graphics Immersive Sim Side Scroller Time Management Management 2D Relaxing Turn-Based Combat Character Customization Life Sim Deckbuilding Strategy RPG Card Battler Turn-Based Strategy Card Game Simulation Linear Casual
+ 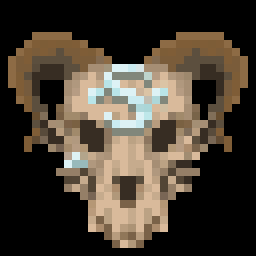 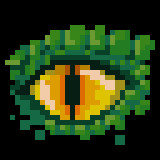 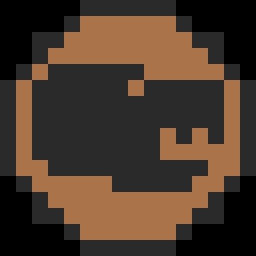 “While the game does have a complete gameplay loop, more features and dragon varieties are planned. By having Dragon Creek in early access, I can add requested features based on community feedback.

Early access allows community adjustments and more content, but it is not an excuse for an incomplete or bad game. Please review it as is.”

“No longer than half a year. After that, it is expected that the community has caught the majority of bugs and the base content has been added.

If the game is is more successful than anticipated, development will continue after early access. Otherwise I will need to move onto other games or sequels.”

“The full version should be bug-free, have more attacks and dragon variance, and have non-critical features that improve gameplay.

Adventure mode, free-flying, and dragon outfits have been heavily requested. I will do my best to get them in during early access.”

“The main gameplay features are all implemented. For example, dragon care, training, and deck building are all functional.

Non-critical features mentioned above will be implemented as soon as possible.”

“No. The game price will remain the same before and after early access. This is because at launch, the full game should be playable.”

“The discord is the best place to communicate with me. The steam forums and twitter work as well, but you may not get an immediate response.

The game has already seen a vast number of changes based on player feedback during the free beta. I will continue to work closely with the community to improve Dragon Creek.”

Dragon Creek is a dragon raising simulator where every dragon is procedurally generated. Enter in a codeword at the shrine, and see what dragon it makes!

Dragons need constant care. You will need to feed them, wash them, make sure they are inside when they go to sleep, give them medicine when they get sick, and pet them when they get stressed out. Dragons have different preferences and needs based on their personality and breed.

Dragons can also compete in battle tournaments. Dragons have 6 different battle stats, and can be taught a large variety of moves. Every stat has its own training mini-game, and you will need to master them all to train the ultimate dragon.

Dragons also have a large number of unique saddles that can be purchased. Saddles have different in game effects, from battle to stress relief.

There is complete character customization, with color sliders and numerous outfits that can be layered to create unique looks. At any time, a player can change anything from their hat to their skin tone by accessing the mirror in the player home.

The world of Dragon Creek is constantly moving, and you will need to keep track of the weather, the day of the week, and the season. All of these will have an effect on your dragon, store discounts, and what battles are scheduled.