The Use of Life

The Use of Life
Developer
だらねこげーむず/Daraneko Games
Publisher
PLAYISM
The Use of Life is a “game book”-style multi-ending JRPG. The main character’s various “attachments” fluctuate in accordance with the choices the player makes, and the ending changes depending on “the use of life” you choose through your journey.
Recent Reviews:
Very Positive (43) - 93% of the 43 user reviews in the last 30 days are positive.
All Reviews:
Very Positive (150) - 95% of the 150 user reviews for this game are positive.
Release Date:
Developer:
だらねこげーむず/Daraneko Games
Publisher:
PLAYISM
Tags
Popular user-defined tags for this product:
CRPG Choose Your Own Adventure Turn-Based Strategy JRPG RPG 2D Turn-Based Combat Story Rich Dark Fantasy Fantasy Adventure Retro Quick-Time Events Singleplayer Indie Early Access RPGMaker Free to Play
+
Reviews
All Reviews:
Very Positive (95% of 150) All Time
Recent Reviews:
Very Positive (93% of 43) Recent

“The Use of Life employs a new type of battle system utilizing QTE, which requires delicate balance adjustments.
Additionally, when creating unique and distinctive enemies and skills, it is necessary to determine the line between what is fun and what is simply "overdoing it", and how far we can go.
Therefore, in order to effectively adjust game balance and make the game more fun and playable, receiving valuable feedback from players in the pre-completion stage is crucial.
We have decided to put the game in Early Access in order to get that feedback as early as possible so that we may properly polish and improve this game.”

“Until the full version is ready for release; we estimate that this will take approximately a year to a year and a half.”

“Since the Early Access version is not a complete version of the game, we plan to offer it at a lower price than the full game.
As such, the price will increase once the full version is finished and released.”

“Links will be provided from within the game to allow users to report problems and answer questions needed to improve the game.
Additionally, feedback from the Steam community will also be used for reference and taken into consideration.”

The Use of Life is a “game book”-style multi-ending RPG.

Scenarios with changing conclusions in The Use of Life

In this game the main character’s various “attachments” fluctuate in accordance with the choices the player makes, changing the character’s way of thinking. The ending you experience changes depending on “the use of life” you choose through your journey. 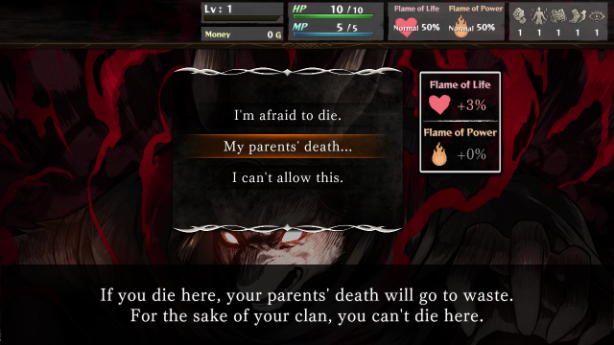 Will the main character uses their “life” for their own good, or for the benefit of others? This all depends on the decisions and choices you make as the player. The game’s ending represents the natural conclusion of the way this life was lived, and there is no “good ending” or “bad ending”.

Tense battles based on the theme of “stillness and motion”

The battles in this title are characterized by a fusion of "command-style battle strategy" and "QTE action".

With both sides acting three times per turn, the player must work out "How will I handle the enemy's powerful attacks?", and "How will I execute a devastating blow?" Victory will be determined by your skills and strategies.

This is a game in which even if you aren’t able to defeat an enemy at first, you will learn how to fight them appropriately and win after a few tries. For the boss battles in particular, we aim to create a game where you can overcome the tension of “life or death” and enjoy a sense of accomplishment once you’ve defeated a powerful enemy. 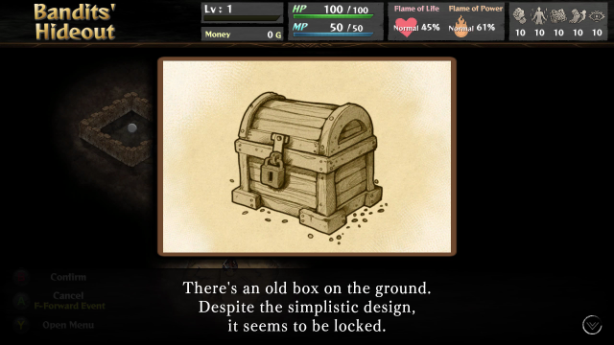 Even contents of the same event can change based on the various actions you take, the decisions you make, and their outcomes. 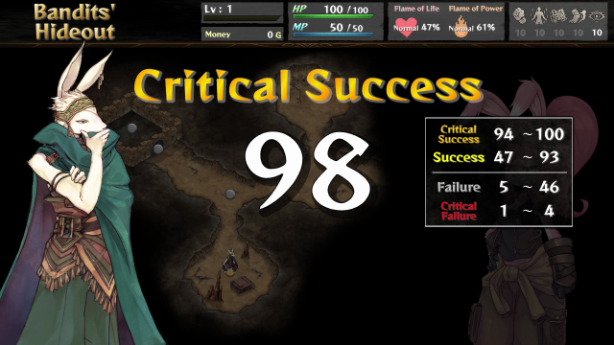 It is up to you as the player to decide whether to play it safe and proceed with caution, or to go full-on and throw yourself into battle with reckless abandon.
These actions will also affect the way the main character thinks.

The main character, having acquired power via a certain curse, is able to enhance any skill of his choosing by coming into contact with “death”. The success rate of each event will change depending on which abilities are more honed, which will greatly affect not only battles but also normal events. 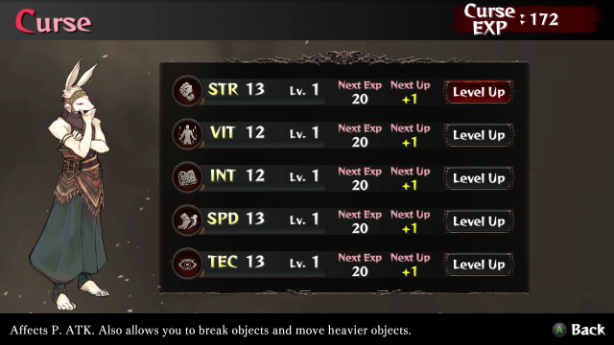 Additionally, various skills can be learned by increasing his level and upgrading his class. 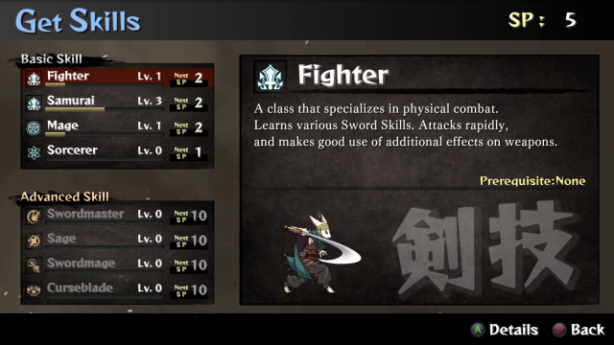 A “good new” type of JRPG

While this title is technically a JRPG, we are not aiming for a "good old JRPG" style, but rather a "good 'new' JRPG" style, in hopes of showing that this kind of evolution is absolutely possible.