“We have already made closed beta and game core is basically bug free. There is always some polishing to do, but we are doing that while implementing new features. One of the main things were are looking from Early Access is to get some players play the game and give feedback. We want to develop the game with players and looking forward to see, what kind of features they want to be included in the game.”

“We are planning to develop the game around one year after Early Access release.”

“We are adding more enemies and more variations on levels. There will be perks that player can collect on each gameplay, whole new levels (basically side-scrolling levels), UI for mods, lots of new graphics assets and etc. We have also Steamworks plugin, so we adding some Steam stuff.”

“There are 1 ship, 1 weapon, 10 levels and players can mod around 10 different default attributes, like speed or capacity of the ship and so on. All those will be scaled up in the future updates. Game include 5 different pickups at the moment, which are health, turbo, life, fuel and ammo. Player needs to collect 3 different scrap pickups and there are 3 different type of generators, which needs to be repaired on each levels. Number of each type of generators on a level varies from 3 to 10. Number of enemies and obstacles are 8.”

“I expect the finished game will cost about 50% more at full release compared to Early Access.”

“We are planning to communicate with players via Steam and Discord channel. We have also Twitter account for the game, so that is one of the channel.

Sputnik is an indie arcade space game where player needs to repair old Soviet Union space settlements. It's a single player game with cyberpunk style graphics and real retro feel. Gameplay is based on old school games from 1980's and 1990's with lives and permadeath. 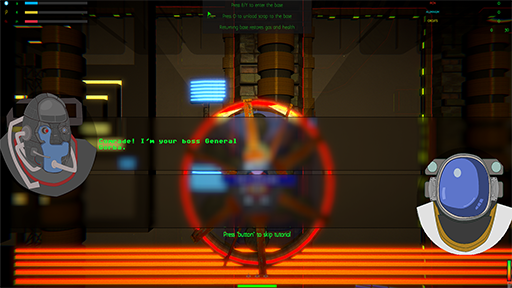 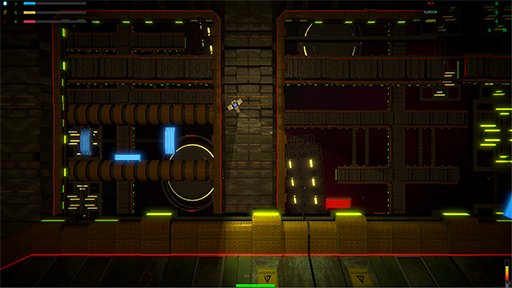 There are multiple levels and each level is generated semi-procedurally to give a bit different experience on each gameplay. It is also possible to mod different properties of player and game.