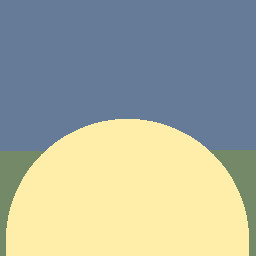 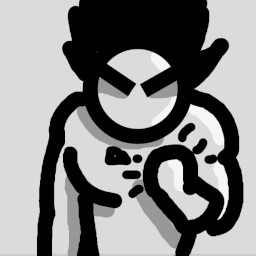 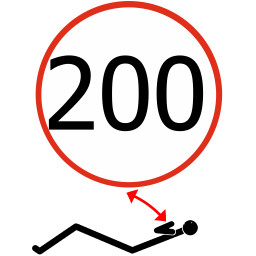 “The game is still in development, but it's already playable.
It's my first game that I'm publishing on Steam.
Therefore there is big chance that I did something wrong.
I don't want to promisse perfect experince from the start.
Also it will be valuable to get some user feedback before finishing the game.”

“Probably 1 year.
But it depend on users feedback and other factors.”

Small changes that will be made:
-Visual improvements
-Bug fixes”

“You can race against AI on 4 running track by moving controller forward and back.
You can compete against AI by doing pushups, squats, crunches, shadow boxing, toe stands.
There are 3 types of levels with exercises:
1. Do as much as you can in 1 min.
2. Do as much as you can without a break.
3. Keep doing randomly selected exercises for a fixed amount of time.
You can unlock levels by geting 3rd place or higher in previous levels.
You can move to the next tier by geting 1st place in all levels in current tier.
You earn XP while exercising in levels.
You level up after earning a set amount of XP.
You unlock new controller models with each levelup.
You can change your controller model to one of the unlocked ones.
After playing each level you will see a poster with your play summary.”

“At the moment I'm planning to release the game at the same price as Early Access.”

“I will reguraly visit Steam forum of the game. I will do my best to read all the suggestions and feedback, and plan future developend depending on what users enjoy most.”

In Conrun you can race on one of many running tracks or you can compete in a virtual gym against AI by doing pushups, squats, crunches and other exercises.
You really do workout.

You unlock each stage by winning the previous one.

Even if you lose, you will still get XP that unlocks cosmetic items. The more you do the more XP you will get.

It's time to build some muscles.