El Dorado The Golden City Builder is a city-building economic strategy game that is set in the mysterious land of pre-Columbian Latin America, where wealth does not always lead to happiness, and the anger of the Gods can bring disaster to anyone who is not favorable to them.
Plan the expansion of your city in a way to achieve the best economic efficiency. Skillfully manage the urban planning of your city as each and every building has a huge impact on the course of the game. Develop your city through the street grid, building interrelationships, places of worship, resource extraction sites and many other extensive city-builder mechanics which you can find in the game.

The construction and expansion of the Golden City is not the only aspect that awaits the city manager. Rebellion, social unrest, constantly changing political environment and military threats are just some of the obstacles you will face. The geopolitical environment around your city will have a direct impact on the entire agglomeration of your city. Meeting the needs of communities, Gods, trade and political partners will often intersect with your choices. Create an extensive diplomatic network that reaches far beyond the country's border to connect you with other cities and settlements. Choose your partners wisely and remember that you are not the only one creating your own political relationship with other players in the game. 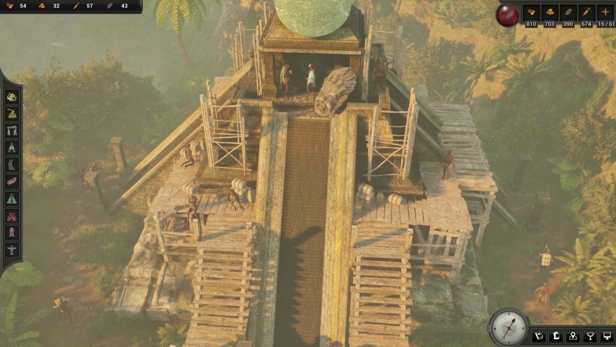 The favor of the Gods is one of the basic and most important tasks in the game. Thanks to their favor your city will not only be able to expand freely, but also will extend its borders, and gain greater military and political capabilities. Satisfy your Gods to avoid their Wrath. You can satisfy your Gods through the sacrifice of animals and people, constructing larger, more powerful and beautiful temples, organizing festivals and rituals for them. Make sure that your community performs daily service in honor of the Gods, so that they will be satisfied. If you neglect your Gods, you can bring them to their great Wrath that no mortal has yet survived. 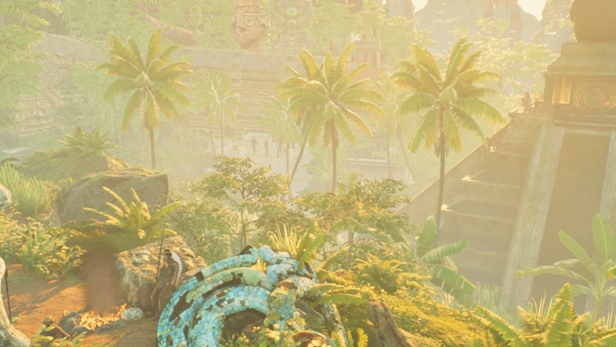 Extract as many resources as possible so you can trade them between the cities. Some resources can be only found in the local regions. Exchange them for materials needed to grow your city. The most valuable resource is gold which will allow you to expand your city, and enlarge your commercial network. Thanks to many economic factors you will have a wide range of trading methods that he can use while doing the business with other cities and settlements. The dynamically changing situation on the export goods market will allow you to trade unlimitedly. Exchange goods for other goods or slaves whom you will sacrifice to receive God’s blessing. Remember to manage your resources wisely to have enough goods for your community.

The Golden City could not exist without the favor of the Gods! Build monstrous places of worship, locate objects of worship throughout the city so that the faithful can worship their Gods. In the largest and most magnificent temples, you will be able to make human sacrifices, which, to the satisfaction of the Gods, will stain the Golden City with blood. Make the streets of your city filled with blood and gold to the delight of the Gods.

The Wrath of the Gods is not the only obstacle that you will have to face. The Golden City has many enemies - hostile cities and tribes. It’s also not immune to natural disasters. Defend your city through fortifying gates, sending reconnaissance patrols to nearby areas, and developing your army. Develop your warriors and defense systems to be able to successfully defend your Golden City. Send your army to uncharted lands and gain new resources unavailable in your region.
The higher the barracks level, the better-developed warriors you will be able to train. Expand your barracks to such an extent that you can create your own heroes. Wars, plagues, civil unrest, natural disasters are an integral part of El Dorado The Golden City Builder. 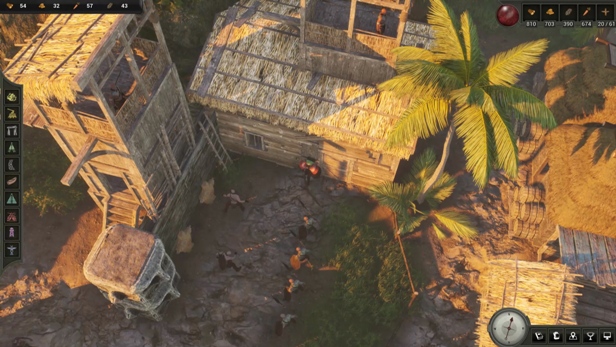 Do not lose yourself in pride.