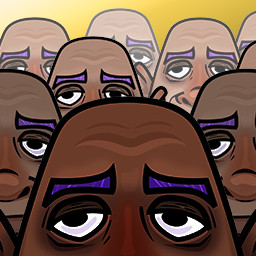 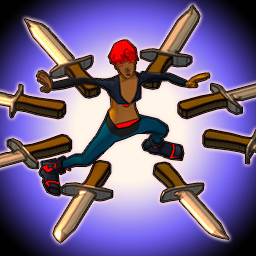 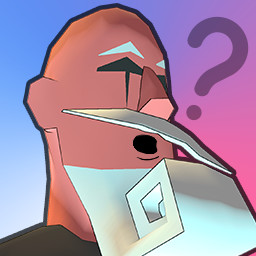 The Godkiller - Chapter 1 is a puzzle adventure from Erik Hermansen, creator of Deadly Rooms of Death. Fling yourself into 58 massive puzzle levels. Stack blocks, dodge cops, die to progress, and discover the secrets of the afterlife.

The Godkiller features creative new twists on classic puzzle mechanics. Instead of pushing blocks, throw them - and yourself - across entire levels, and stack them vertically to open new routes. Instead of fearing death, embrace it by killing your character to respawn her in better locations. Many more hazards and contraptions await, to be dodged or turned to your advantage.

You will play as Emm, a newly-dead soul who is greeted by God himself. God's plans conflict with Emm's independence, and she swiftly collects enemies. Emm will contend with bureaucrats, inventors, royalty, and a sect of law enforcers who really want her to keep off the grass. Emm's story is told through fully voice-acted dialogue and 12 original vocalised songs.

- 58 levels, plus bonus challenges and achievements
- Estimated 30 hours playtime
- “Stepping” gameplay based on instant turn-taking – you make a move, and all other entities immediately make their move in response
- Fully three-dimensional puzzles – players will have to think vertically to beat every puzzle
- Blocks! Throw them across the room, stack them to the heavens, and destroy and respawn them to solve puzzles, build bridges and open (and close) doors
- Death as a puzzle mechanism – kill the player character to respawn them in more favourable locations
- Original soundtrack including 12 songs with full vocals sung by characters in the game while you play
- Fully voice-acted interactions with 48 different characters
- Staircases beyond your wildest dreams

The game never aims to shock for effect alone, but it presents viewpoints around God, religion, sex, death, and society that some will find offensive or distasteful. We've taken some pains to describe as clearly as possible without spoiling the story, what people may take issue with: http://seespacelabs.com/the-godkiller-things-that-might-offend-you/