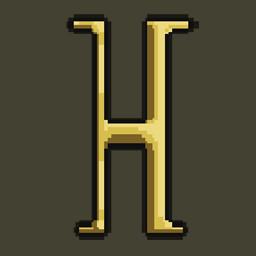 “I wanted to offer players the chance to not only get their hands on the game ASAP but also help shape the direction of development.”

“The current roadmap will see the v1.0 release within 6-12 months.”

MULTIPLAYER! Players will be able to quest for loot, take on story related dungeons, and make their way through multiplayer challenge dungeons with friends at their side.”

“Upon reaching v1.0 the price is planned to increase.”

“Through Steam Discussions and our own Discord server I plan to keep in regular contact with the community and let their voices help shape the development of the game. Beta and WIP builds will be available for those who offer regular feedback.”

Hyforge is a first-person fantasy RPG where the player is free to progress how they like. Will you choose to enter the ever-changing dungeons and caves in search of bloody combat and epic loot or will you choose to spend your time gathering herbs, crafting potions and working the merchants for their coin? In your quest for the Hyforge, the choice is yours.

The land of Yardendrell is a mysterious place, with many of its secrets laying in wait for a brave adventurer or curious soul. What will you discover?