In It Together
Developer
Armarti
Publisher
Armarti
In It Together is a retro inspired 2D puzzle platformer where you go into dangerous areas and solve problems to retrieve suitcases from the pesky Bandidos Gang. You have no attacks. What you find on the ground is what you need to use to take out the enemy.
All Reviews:
2 user reviews - Need more user reviews to generate a score
Release Date:
Developer:
Armarti
Publisher:
Armarti
Tags
Popular user-defined tags for this product:
Platformer Puzzle Platformer 2D Co-op Co-op Campaign Local Co-Op 4 Player Local Singleplayer Crime PvE PvP Action Combat Physics Multiplayer Local Multiplayer
+
Reviews
All Reviews:
2 user reviews () All Time

Languages:
English
Title: In It Together
Genre: Action

Buy In It Together

In It Together is a retro inspired 2D puzzle platformer where you go into dangerous areas and solve problems to retrieve suitcases from the pesky Bandidos Gang. You have no attacks. What you find on the ground is what you need to use to take out the enemy.

This is a story based Singleplayer campaign spanning 50 levels in which you have to figure out on your own how to get through. Each world gets progressively more complex with more mechanics, and objects to use. Throw a bowl at a glass wall, throw a bomb at a brick wall, roll a barrel through a tunnel, roll a snowball and see it grow into a force of destruction. Singleplayer should be a great experience for all the lonewolves out there. 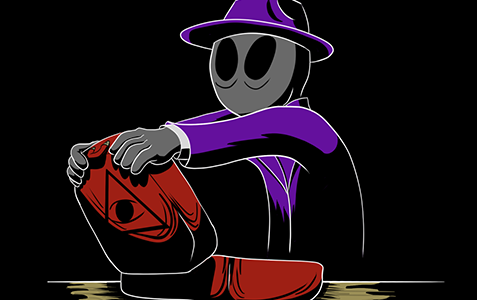 Hence the name In It Together, the Co-op campaign lets you and a friend work together to solve the problems. Co-op tells the same story as Singleplayer, but here there is a set of 50 different levels that are designed around working together. All the same throwing mechanics are here, but now you must also carry and throw each other, pass objects back and forth and do tasks that make coordination and communication crucial. (The Co-op only works locally, but Steam Remote Play is an option if you want to go online.)

Here you can play against each other in 2 to 4 player competitive modes.

In Team mode you must collect as many suitcases as possible, and bring them back to your base. Beware of the enemy team, because they can steal them back. Use what you find on the stage to knock back, shoot or blow up your opponent.

In Free For All it's everyone versus everyone, and all you have to do is hold on to the golden suitcase for as long as you can.

In Team Championship the rules are the same as normal Team, but here you play through a series of matches until one team gets declared the winner.

(All multiplayer modes are local only, but Steam Remote Play is an online option.)

The game has very mild cartoon violence, and a few gross scenes involving unrealistic aliens losing body parts. There is no blood. There is also a guy smoking a cigar.