Project Terminus VR
Developer
CVR
Publisher
CVR
TERMINUS is a survival horror VR set in the city of Paris. As you explore the sinking city of Paris, you will come across dangers, allies, and mysteries. You will face the assimilated, the terrifying swarms of nanites, and even worse than that. Playable in solo, coop and cross-platform.
All Reviews:
Mostly Positive (18) - 77% of the 18 user reviews for this game are positive.
Release Date:
Developer:
CVR
Publisher:
CVR
Tags
Popular user-defined tags for this product:
Casual Horror Action Stealth Survival Arcade First-Person VR Post-apocalyptic Story Rich Sci-fi Early Access Indie Co-op Campaign Violent Adventure Co-op Online Co-Op Multiplayer Singleplayer
+
Reviews
All Reviews:
Mostly Positive (77% of 18) All Time 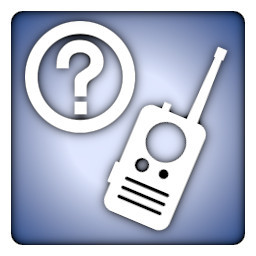 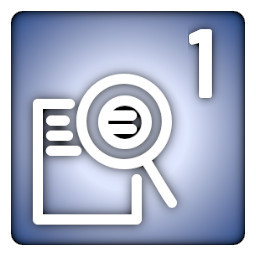 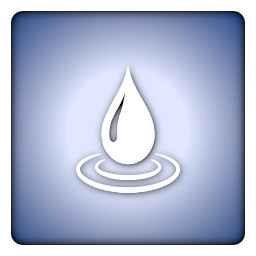 “The full campaign of the game is not finished yet.
Although the gameplay loops are at a satisfying state, the game lacks several planned gamemodes.

The game is already enjoyable and has had great reviews on the SideQuest store. We want to expand the player base and have more reviews coming from users on PC VR, to help us push it toward the full release.”

“The Early Access is planned to last for 6-12 months after the first release.”

“The full campaign of the game is not finished yet.
Although the gameplay loops are at a satisfying state, the game lacks several planned gamemodes, and we plan on having a approx. 15 chapters campaign.

The game will be considered in Early Access until the full campaign and gamemodes are released.

A map editor is also planned, that will allow players to share new contents and expand even more content.”

“The full campaign of the game is not finished yet.
Although the gameplay loops are at a satisfying state, the game lacks several planned gamemodes, and has for now 5 chapters of campaign, adding up to 4-5 hours of gameplay.”

“We plan on involving player by getting feedbacks, discussing with them, listening to their feelings and thoughts, tweak game difficulty when needed, and fixing the reported bugs.
We're also happy to take suggestions and ideas for the future of the game.

The quickest way to reach us is on our Discord : https://discord.gg/jtHb8uY”

This game is cross-buy and cross-play. Buy it here and you will be given access to an Oculus Quest and SteamVR standalone versions as well on casual-vr.com. You will also be able to play online with every other platforms users.
Reach us on Discord : https://discord.gg/jtHb8uY

Project TERMINUS offers a very gripping horror experience, far from easy jump scare, with a particular care given to the atmosphere, and a natural use of the VR interactions. It offers many elements taken from classic survivals and roots it in an engaging coop and solo story-driven campaign. The player has a backpack with limited storage, a flashlight with limited battery, etc. overall sparse supplies.
Everything you will need to survive, you will have to find it and be cautious about it.

The weather is clear, the sun sets. This is a peaceful afternoon... This will be the last one.
Several events of unprecedented magnitude breaks out in the city. At the same time, the train you commute by ends up crashing by accident, and you fall unconscious for several hours... After your blackout, you gradually discover Paris in a great chaos. The city seems to have been attacked, but nobody knows who or what is the attacker.
The military quickly responds by locking down the city, bringing help to the population and investigating what’s happening. Since the date on which the disaster occured, some individuals seem to be behaving strangely... We end up calling them assimilated. At first you are by yourself, and you will have to survive and understand what is going on in this post-apocalyptic world. You will progressively encounter allies and enemies and will have to unravel the mystery hoping to save the city and the world.

Hold your breath in the Paris subway

The centers of many cities on the planet are the scene of deadly confrontations between populations and assimilated, in a world very similar to ours at the beginning of the attacks.
The city of Paris will gradually become a large quarantine area where the only livings are survivors, assimilated and military forces.

Immerse yourself in an apocalyptic atmosphere

In Terminus, immersion is key. Every interaction is as realistic as possible. Grab objects, climb ledges and ladders, loot furnitures, crawl into ventilation systems and find as much stuff you need to survive. You might think twice before running around in the Paris subway, you don't want to alert the deadly threats swarming the city...

The enemies of Project TERMINUS come from a combination of robotics and biology. They have been contaminated by swarms composed of billions of nanites that will take control of their host by replacing the functions exercised by the brain of the individual, which kills them.
These swarms are a constant threat in the quarantine areas seeking to infect as many living as possible. The origin of these nanites is unknown even though several theories are advanced by many people. It will be up to you to unveil this mystery.