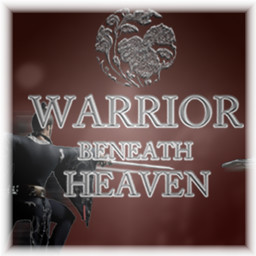 Demo: also upgraded to 1.02. Player can choose only Liu Weiyang to challenge 3 levels.
About the control: Find more datails in the "option" menu.

The next upgrades is coming soon not beyond the May of 2021. Please be patient.

Thank you for your supports and waiting.

Updates in latest version 1.03:
1.MurongJue(bow) and YuelingZhi(throw dagger) now have power_attack skills instead of dash.
2.Some items can be broken during the fight.
3.New materials and Special Effects added into the game.

Around the AD 730's, many people come to China through the silk road.

Tang dynasty is ruling China at the same time facing many problems. 25 years ago, the current emperor Xuanzong launched a bloody war against his enemies and seized the power , one of the victim ShangGuan Yan was saved by Tian Mountain creed and escaped to the west region and prepared for a revenge. This is where the story begins. In this game, there are many well known real persons in history, such as cruel agent(Fu Ruoxu), rebel general (An Lushan), some others were also known for their combat skills.

16 different weapons covers from the east to the west.

SELECT YOUR FIGHT
Choose a character to start duels or the multiplayer mode for two persons run one one computer.