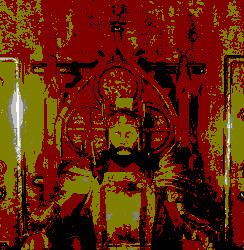 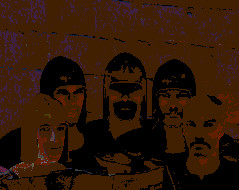 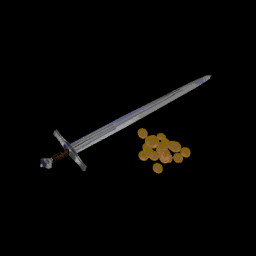 “So I can collect feedback and then see which mechanics are most pleasing, then prioritize them in the game.”

“In this version, in addition to balancing the mechanics, there is still a need for an improvement in AI, and especially telling the stories of the game and the main and parallel objectives.
Today the game is just linear, and it only goes until the first reveal of the plot, the idea is that the playing time extends four times.
The final art can change too, as I be able to do more assets or get from third parties, or maybe I made some partner to help on this area.”

“The basic mechanics are working, and an AI with a certain challenge, half an hour of game, and a dozen weapons, enemies, 4 NPCs, market and level up.”

“Yes, the price of the final game will be different from the current one, it will be increased as important parts of the game have been added.”

“The community will be very important for the development of the game, as it will be the best to say which mechanics should be more important to the game, and help in the alternative objectives of the plot, in addition to understanding the main plot.
If you want to help me, please call me on this forum or by email, I will really appreciate.”

Rebellion is a souls like and roguelite action game about your revenge saga. Unfairly imprisoned, you seek to cross swords with the King again, for the last time! Or at least that's what you thought... Escape the jail, explore the castle and it's different areas, find and recruit allies, choose to fight or sneak from enemies. These castle corridors will always present unprecedented challenges

Waking up without remembering where you are, you find yourself inside a small stone room, which suddenly opens, and then realizes that you are in a prison. The King. You must kill the King.

Every decision may be cost your life

With stealth mechanics, you may choose to sneak from enemies and pick your fights.

A journey of revenge and betrayal

Seeking for answers and fighting for your freedom, you will face several enemies with the same combat characteristics as you have. Allies may be your greatest hope in an bloody environment of suspense and terror. Discover that there is a truth behind the reign origin's, and therefore nothing could stop your rebellion for the freedom!