“We want to release as Early Access because we believe that the game is already fun to play, but we need more time to add more content. We worked really hard to have 1 map, 5 levels, 3 bosses, ready to be played. Through our social media, people tell us that they want to play Food War TD with the content that it already has.

We believe that with Early Access gamers will have a good taste of the potential of this game.”

“We plan to release the game 2 months after the Early Access release. We want to release Food War TD when it has a good amount of content.”

“The Full Version will have more options of towers, enemies, and maps.

We will keep building up the story that the game has.

We also want to have the Early Access to fix major bugs for the Full Version.”

“The game is fully playable and ready to be released.

The Early Access will have just the first map of the game with 5 levels. We will add another map later on with more levels to be played.

Now we have 4 types of towers with 3 Upgrades each, but we will add later 2 other towers.”

“We plan not to change the price of the game.”

“We have a really active Social Medias, we will keep our community up-to-date with our development process.

We have our Weekly DevDiary Newsletter, so that is another way that we use to keep our community involved with the development.

We will post updates on our Steam Page too.”

Food War TD is a Tower Defense-Storytelling adventure through a delicious world created by a one-man team! Build towers around the food-themed map and don't let enemies reach The Supreme Plate. Get ready to have a fun and relaxing time with Food War TD! Are you ready to explore? 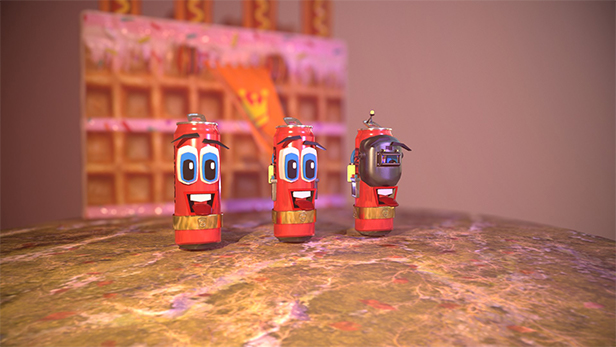 We wanted to create a fun and relaxing experience with Food War TD. This game is not intended to compete with big blockbusters, but we want you to have a different experience than the other Tower Defense games have.

Enjoy the beautiful 3D Environment made all of food, full of spaces to explore. Be part of this story of plot-twists, adventures, and most importantly, have fun!