Awards
Awards
We are excited to announce that 'Two Leaves and a Bud' has won the Runner Up Award of The India Game Developers Conference in the Upcoming Game of the Year Category. 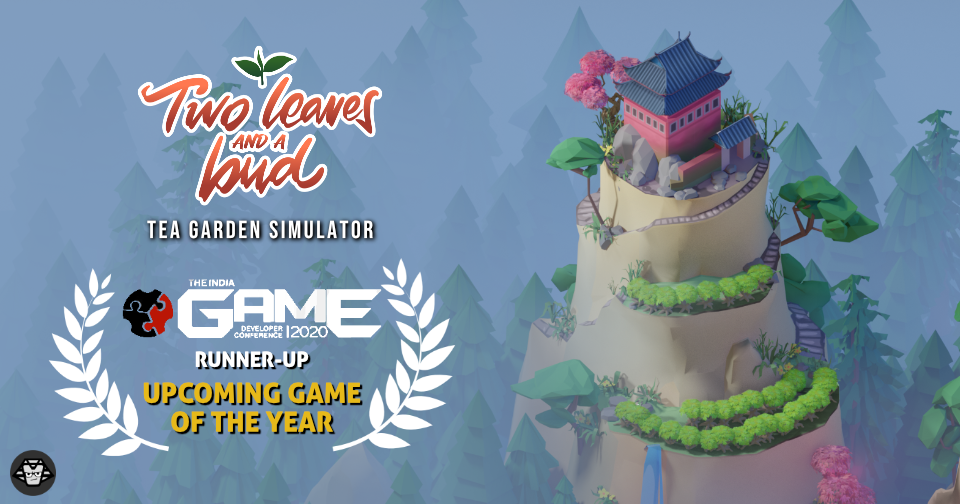 “Tea has a wide range of patrons and has deep cultural roots throughout the world. We wanted to get the game into the hands of players and tea connoisseurs midway through development in order to make sure we make the best game possible.”

“The current plan is to stay 6 months to 1 year before release, however, this may change depending on features added and how the game will progress through early access.”

“We plan to add a lot more content to the game. This includes more equipment, weather, tea farming and processing techniques of different cultures, and any other content we get suggested from community feedback.”

“The current build provides players with 5 different farms and 8 types of factory equipment to choose from as well as several challenges offering plenty of replayability that will grow during development.”

“The main reason for going into early access is to have an opinion of the community in the game. This game belongs to the lovers of tea and simulation. The community will be involved in every step of development and can provide us feedback and suggestions in the Steam Discussions as well as our Discord server. Private betas for development builds will be offered to those who offer us regular feedback and can directly influence the future of the game.”
Read more

The Tea Garden Simulator is a tea-growing and processing simulation game based on real-world research. Exciting and sophisticated teas that have been kept a secret for centuries may be recreated in this simulation. It provides you the chance to decipher the mysteries of the rarest of the rarest teas ever produced.

Design and implement your own tea processing method as you grow the size of your tea plantation and manage its operations. Additionally, you'll have to deal with issues like pests, weather, and labor management, which may either help or hinder your firm.

Features
Some of the game's features and mechanics include: