“Nimbus INFINITY is a sequel to Project Nimbus, the previous game in the series.
We've been working hard on developing Nimbus INFINITY's new game systems and storyline, and now we feel that it's time to reveal our core game systems and early sections of the game to our fans.
Early Access is our way of developing and releasing the content in gradual installments, so we can get live feedback to polish and improve upon as we head towards our final release date.”

“The game will remain in Early Access during 2022, as we complete more missions and make improvements based on fan feedback.
New story missions and content will be rolled out throughout the year.”

“Early Access will initially launch with a set of early story missions to play through.
Over time we plan to release more story missions on a regular basis until completion, along side any new modes/features, content, and fixes.
We're aiming to complete the full game with all missions released, highly polished gameplay from user input, all cut scenes and story elements in place, and at least one additional game mode available.”

“The Early Access version will initially be sold at lower price point, which will likely increase once all missions are finalized in the full game.”

“The Project Nimbus series has many hardcore fans, and we welcome new fans into the creation of what we hope will be a deeply satisfying mech game experience.
We'd like to actively involve players and their feedback to improve the quality of the game, and carefully tweak our game systems as needed!” 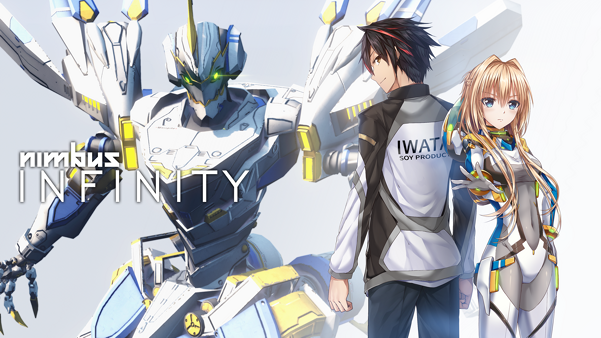 A direct sequel to Project Nimbus, Nimbus INFINITY is a high-speed mecha combat game. Controlling multi-purpose humanoid machines called Battle Frames, players can customize weapons and loadouts to gain the edge in battle, and unravel the story of a new generation of pilots.