DreamDasher
Developer
C3B Games
Publisher
C3B Games
The Dreamworld has been infected! It is up to you to explore the Dreamworld as the DreamDasher, discover its secrets, and defeat the Nightmare.
All Reviews:
Very Positive (90) - 85% of the 90 user reviews for this game are positive.
Release Date:
Developer:
C3B Games
Publisher:
C3B Games
Tags
Popular user-defined tags for this product:
Precision Platformer Platformer Parkour Difficult 2D Platformer Free to Play Indie Adventure Pixel Graphics Atmospheric Colorful Modern 2D Family Friendly Action Singleplayer Exploration Side Scroller Controller
+
Reviews
All Reviews:
Very Positive (85% of 90) All Time 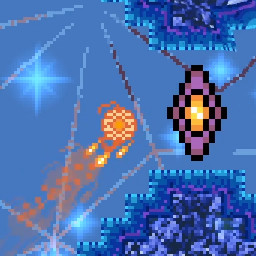 The Dreamworld has been infected! It is up to you to explore the Dreamworld as the DreamDasher, discover its secrets, and defeat the Nightmare.

The game is designed to be played with a Controller (e.g., Xbox, PlayStation, Switch Pro). The game does provide keyboard controls as well as touch screen for touch screen devices, but please be aware that the keyboard and touchscreen inputs are harder to use.

For Wall Jump and Dash Tutorial see first 2 minutes of this video
https://steamcommunity.com/sharedfiles/filedetails/?id=2254056890


For any issues, please send email to support@c3bgames.com with the details. Thanks!