About the demo : A demo is available for everyone to play. It features the first 3 enigmas of the game and can be played in solo or in duo. It is strongly advised to play it with a friend/mate as the game has been designed for 2 and the final game will be coop only. 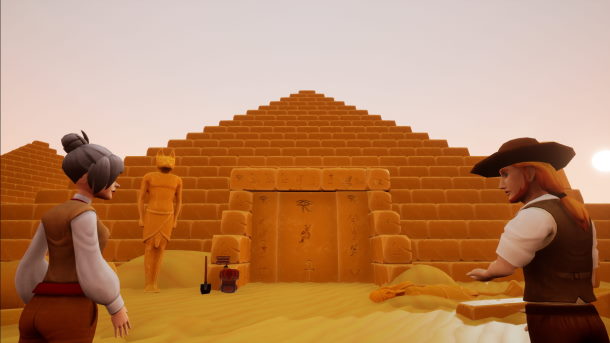 Welcome to AmunRun's pyramid, the millenary jewel of Egypt !

Incarnate two archaeologist students who are sent into the ancient pyramid of AmunRun to uncover its secrets. Deep inside the pyramid is a mythical amulet that nobody managed to recover. You were sent to prove your worth ! Dive into the depths of the pyramid and fetch this golden treasure, but don't forget that getting might be easier than getting out !