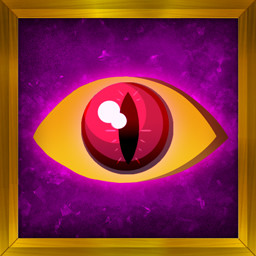 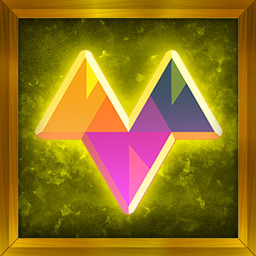 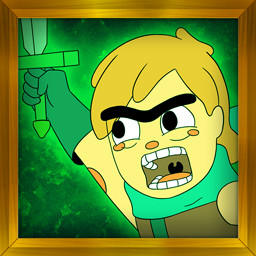 “Early Access will be great because it's a good way for us to approach our community, creating some good engagement with our players. It's going to start to create a great workflow through feedback, opinions, gametests, and so on. This will be essential for us to develop our project more. Cutting some unnecessary aspects and developing more features in our game like mechanics and it would be a great point for us to understand how our community could help us in this stage.

We´ve been making our game for almost 3 years in our headquarter, showing for some people, youtubers and streamers as well. But right now, on the Early Access step, it's gonna be a great opportunity to notice how our game is going on and what the audience thinks about it.”

“Approximately one (1) year. Our intention is making some minor updates during the weeks and each month we gonna have major updates, including new Provinces. For the Early Access, the Wind Province is done, awaiting feedback from our players.

While we are awaiting some feedback and opinions about the Wind Province, we´ve been going further on the game, working on the next Provinces, starting with the Water Province. After that, when we include the Water Province update on the Early Access, we're gonna start to work on Desert Province and so on, until we finish the game.”

Early Access launch is about the first area (Wind Province) with five enemies and nine skills to master in the ability board.

The Full Version will contain around twenty enemies among four Provinces, together with twenty skills from the four heroes in the complete Ability Board. Besides that, there will be animated cutscenes between the provinces and new dialogues in-game to present the storytelling to the players.

In this way, we will make these features and the other areas available throughout the year.”

“Current state of the Early Access version is around 25% of the game, the first area of the game (Wind Province).

“Yes, we're gonna give a 10% off for one (1) week on the Early Access launch. When the game is complete released, we get the full price.”

“We are gonna stay constantly connected in our Discord server and Twitter.

Always creating some questions about our development, showing for them that we really care about their opinions, being honest and transparent in our decisions. So join us in these websites to discuss about the progress of the game and we gonna make it happen!”

“Josh Journey: Darkness Totems is all handmade art and frame by frame animation, and is based on the original idea of ​​a short film by brothers Iuri and Guilherme Araújo, founders of Provincia Studio, who decided to turn it into a game after receiving suggestions from various viewers.”
Game Vicio Brasil

“In this 2D hand-drawn beat'em up (with a very pleasing look style that resembles animated series like Steven's Universe and Adventure Time), we will be called upon to control the protagonist Josh and his friends Farquol, Melina and ZOZ in order to fight against the Darkness Shadow, the evil entity that is threatening the peace of the Province World.”
Frequenza Critica

“Josh Journey: Darkness Totens is a 2D cooperative beat 'em up with hand drawn animation that refers to Castle Crashers, but with characters with unique visuals and abilities.”
IGN Brasil

Josh Journey: Darkness Totems is a hand drawn beat’em up game about four brave heroes, that use their skills to defeat the Nightmare Monsters using special combo attacks in a co-op gameplay.

The Province World is infested by the nightmare monsters from the Dream World. The Darkness Shadow, the entity that controls the Dark Side of Dreams, are sending his creatures and implanting Darkness Totems to control the four main provinces: Wind, Water, Desert and Industrial. The main objective of our heroes are to fight against these evil forces, destroying the Totems to bring again the peace and harmony to their World.

Each hero in Josh Journey has unique skills, to attack face to face, using sword or hammer, or to attack from distance, using magic or gunfire. You can choose between four heroes during a local gameplay with your friends!

– Build Ability Board to make special attacks during the battles.

– A huge cast of cute and creepy enemies with different behaviors and attacks.

Josh, the Swordsman, uses the wind element. He has great dexterity, favoring quick, decisive strikes and the ability to quickly navigate his environment. He is particularly capable in aerial combat.

Melina, the Sorceress, uses the water element. She is a slight twist on the arcanist archetype, having impressive, long-ranged projectiles and diminishing her foe’s capacities. She adds to that powerful crowd control capacities, and optional support powers.

Farquol, the Nomad, uses the earth element. He is a tough hero who is part of a mystical and tribal community. His strikes, however, tend to be slower and harder to hit, packing a larger wallop as a counterpoint.

Z.O.Z., the Multitask Robot, uses the fire element. He presents a wide range of skills, such as explosive long-distance projectiles and bombs, that sways between violent means and the smart usage of props and hazards.

All Rights reserved by Provincia Studio.