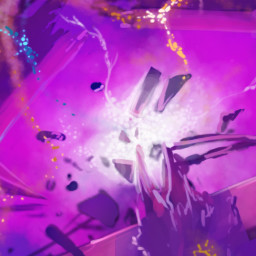 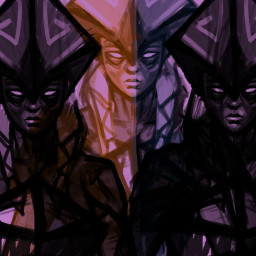 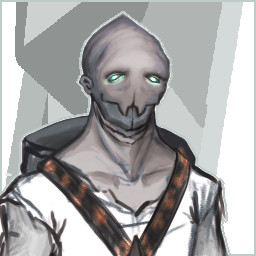 Raw Halite, essential for life on Niflheim, is running out, leading to pollution and a dying world. The leadership bicker amongst themselves in a deadlock of conflicting solutions, until finally, they decide to call on Asgard for aid. Gunnhildr, the the only member of the Warrior class to become an Ancient, is sent to beg before the Gods, but they reject her. Unable to accept refusal, Gunnhildr challenges the Gods themselves in an effort to win their respect. She is defeated. The Gods spurn Niflheim as a parasite on the Nine Worlds, and shatter the Bifrost, isolating Niflheim from the other worlds of Yigdrasil forever. The Three Primes declare Gunnhildr to be "The Damnation of Niflheim," and sentence her to an eternity in Niflhel. Her escape is where our story begins…

As Gunnhildr, you'll embark on a journey across Niflheim through dynamically generated dungeons, with an arsenal of weapons and otherworldly powerups. Gather Halite crystals from fallen foes and scattered outcroppings to restore your shields; buy items for your survival; and keep your weapons cool. Listen to stories of old Niflheim in between battles as your benevolent guide, Lucky, helps you escape the dark chasms of Niflhel. Every run is different, every gun is upgradable, and everyone is waiting for you to free them from the Primes' grasp.

Using your fists, grenades, and - of course - guns, travel through the realms of Niflheim and defeat the legions of the Primes. Gunnhildr features a vast collection of weaponry. As you venture deeper, you'll find individual powerups to boost their effectiveness or give them magical properties. You'll also find brand new weapons with powerups pre-applied. The choice is yours to switch over to the new gun or keep the one you've been working on.

Halite powers everything. It is the source of life in Niflheim. You'll find Halite scattered around the world, and enemies will drop it when defeated. You'll use the Halite you collect to restore your shields, cool down your weapons, unlock treasures, and spend at the shop. When you die, you'll bring back most of the Halite you've collected in order to upgrade your abilities further at the Pensieve.

The lore of Niflheim is vast and Lucky knows it by heart. While you're busy scavenging for treasures and finding your way through Niflhel's labyrinths, Lucky will regale you with different legends from Niflheim's history. When the fighting picks up, he'll automatically cut himself off to let you focus on what you're doing. The storytelling structure builds context for the world and your actions as you build up your rebellion against the Primes.

Roguelite mechanics abound as you explore a randomized world with dozens of different rooms, dynamic weaponry, challenge rooms, resource management, and permadeath. New weapons and items drop constantly, giving you the chance to either juggle your loadout around or build up the one you've got.

Gunnhildr is a living product. We're committed to growing the game throughout Early Access, adding new weapons, items, abilities, worlds, metagame features, and more as we move steadily toward launch.

Come chat with us here on Steam or join our Discord channel to watch us develop the game in real time! We read all your feedback and all of our updates are informed by what you find and what you'd love to see in the game.

This game features graphic violence and gore akin to many other first person shooters. These are both highly stylized and unrealistic. The amount of gore can be adjusted in the game's settings.