FarRock Dodgeball
Developer
Side B Gaming
Publisher
Side B Gaming
FarRock Dodgeball is a sports RPG based in NYC that includes a Story mode, Arcade mode, and a Versus mode. Buying sneakers in Harlem to improve your stats, Eating NY pizza in Brooklyn to replenish your health…this is more than a dodgeball game, it's an experience…the real NYC experience.
All Reviews:
No user reviews
Release Date:
Developer:
Side B Gaming
Publisher:
Side B Gaming
Tags
Popular user-defined tags for this product:
Sports RPG Arcade Cartoon Exploration Retro Colorful Cute Character Customization Anime Beat 'em up Action Roguelike 2.5D Side Scroller Old School 2D Isometric Comedy Fantasy Funny
+
Reviews
All Reviews:
No user reviews

Created by a solo developer who grew up in FarRock, Queens NY. FarRock Dodgeball is more than a game, it's an urban experience that has never been seen before in gaming. From Kippas to Durags you will feel like a true New Yorker after playing the story mode which is inspired by true events.

Story Mode:
Story mode is like nothing you have ever played! In this epic journey, you play as KJ, a kid who just moved to FarRock, Queens. Upon seeing his only friend get bullied. They seek revenge! Written like a John Hughes film, the kids go on a bunch of fun quest through all 5 boroughs of NYC. But this isn’t just the fancy NYC you know from TV… Not only will you experience Wall St, Times Square, and the Statue of Liberty but you will also visit all the hoods of NY from Southside, Brownsville, Harlem to the South Bronx just to name a few. Revenge, Remorse & Redemption…that’s a preview of the drama.

Level up:
After every match in Story mode, you will receive experience points. You can use this to level up your team to the play style that fits you best.

Sneaker Head:
Sneakers are a huge part of NY culture. You will be able to visit multiple sneaker shops through the game to boost your player's stats. 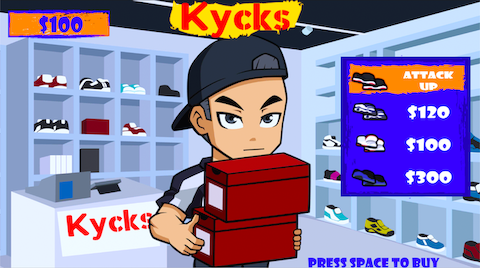 Super Duper Attacks:
12 different super attacks! Burn another team alive or maybe shock them to death. You can choose up to 12 offensive and defensive super attacks!

Soundtrack:
Collaborating with 4 of hip hop’s brightest young producers to create 17 amazing original tracks! Trust me…. some of the best hip hop songs you will ever hear in a video game.

Versus Mode:
Up to 4 players can battle it out or battle the computer in this exhibition. (Exclusive to steam) 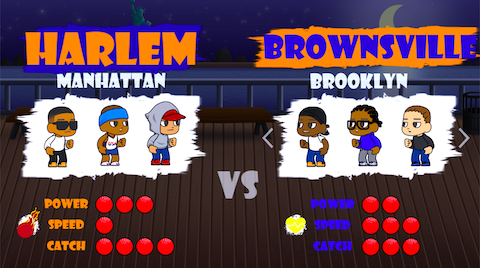 Copyright 2021 all rights reserved. Side B Gaming.