INTRODUCTION
Abyss of Death is an action game in which you are an American soldier sent on a mission to Vietnam. However, nothing can be easy.
On your way to the base your helicopter was shot down. Wake up in the middle of the jungle with only one aim, survive in the enemy territory.
Thanks to the split screen you can experience the adventure alone or with a friend !

EXPLORE !
During gameplay you will encounter different sceneries like : jungle, villages, underground tunnels and cities.

DESTRUCTIBLE ENVIRONMENT
Almost everythink can be destroyed due to advance destruction system implemented inside the game ! 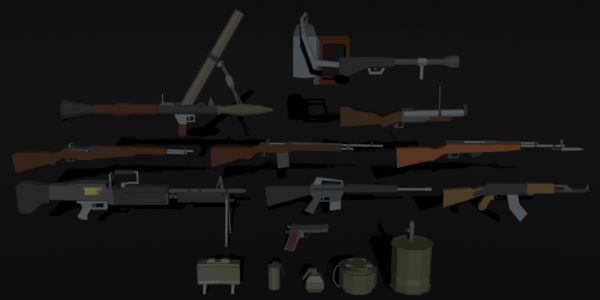 GOOD GUN IS YOUR BEST FRIEND !
At various stages of game you will have an opportunity to use a wide variety of rifles, machine guns, grenades and heavy weapons like RPG or flame thrower.
Every weapon is different so choose wisely !

STAY IN TOUCH !
If you want to be informed about new games or future updates follow " Vainture Studio" on social medias !