Notice: Footy Showdown requires a controller in order to play. Playing with a keyboard and mouse isn't supported.

Footy Showdown will bring fun gameplay while keeping true to Australian Football. Tackle, bump, mark, kick and handball your way to glory. There will be players out of position, loose players to utilise in your attack, team mates will run in support for handball receives. Play on to take advantage of field position as this game is built from the ground up to flow like the real game. Footy Showdown also brings innovations that have never been seen in any Australian Football video game. Be tactical though, the path to goal isn't always straight through the corridor, take the wrong option and the opposing team could rebound all the way to goal. 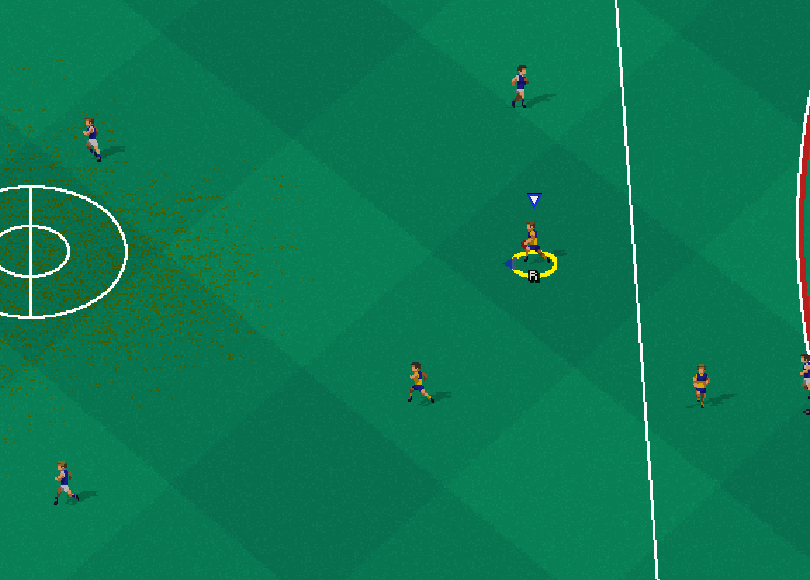 Footy Showdown has charming pixel art graphics. This art style will stand the test of time like many before it though don't let it fool you, this game will employ advance pixel art techniques to bring you the best animations possible for the players.

The game brings some innovations we have never seen in an Australian Football game to date. While we are not ready to fully announce what these are, once they are fully implemented and ready to show, you guys will be the first to see them in a demonstration video.