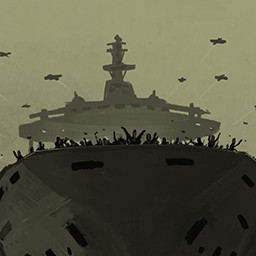 Invade, Build and Defend! Complete the campaign for a Steam leader-board position!

Play as the invading forces to defeat the allies. Defend your position by building and earning cash. Destroy enemy ships in sea battles, bomb enemy positions and defeat the enemy boss blimps!