Stake your claim on the city of New Shore in this gritty simulation of 1920’s organized crime. As the Don, get involved with the rackets and politics that defined the Prohibition era. Claim your place among mafia history. How will you rule New Shore?
All Reviews:
Mostly Positive (13) - 76% of the 13 user reviews for this game are positive.
Release Date:
Developer:
302 Interactive
Publisher:
2:30 AM Studios
Popular user-defined tags for this product:
Crime Simulation Strategy Grand Strategy Politics Resource Management Turn-Based Strategy Singleplayer Board Game Strategy RPG 2D Economy Management Indie Stylized Underground Turn-Based Tactics Casual 4X Old School
+ 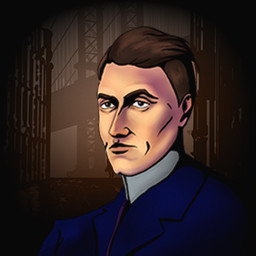 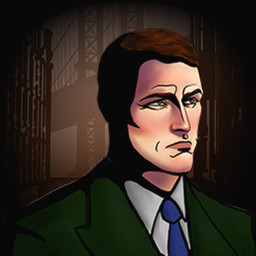 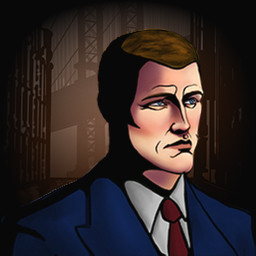 Choose to align with one of five families, each with unique backgrounds, strengths, weaknesses, and connections to the city of New Shore.

The Bogiana family is a wealthy family that runs like a big business. They’ve established deep ties with the politicians of New Shore, and specialize in high-end rackets. They often take their success for granted, leaving their guard down: a key weakness that is exploited by other families.

The Calessi family is a family that is known for its code of honor and respectable operation (for a crime family, at least). Their strategy can be described as “strength in numbers”, and they have a growing network of associates throughout the city. They traditionally have had the strongest reputation with the Commission out of the five families.

The Donano family is a mysterious family that prefers to stay out of sight and out of trouble. They prefer not to get involved in conflicts, but that shouldn’t be mistaken for pacifism. Their influence on city politics and the media should not be underestimated. If you wrong them, you’ll find yourself with the whole city turned against you.

The Junio family is a boisterous family that is largely comprised of immigrants from the old country who settled in 1890s Fordham. They specialize in low-end rackets that don’t take much time or investment. They seem to find profits in places other families would deem a waste of time. They are the ever-present underdogs of New Shore.

The Rocca family is a dangerous family that has no qualms about engaging in high-risk rackets and killing those who get in their way. The Rocca family faces perpetual inner turmoil, but no one can deny their influence over the city. Nearly everyone knows someone who fell victim to the senseless violence of the Rocca family’s machinations.

Through moving the members of your family to different neighborhoods and boroughs, you can expand your family's influence into New Shore and invest in a variety of illegal rackets. Expansion into neighborhoods and rackets owned by other families will result in conflict, requiring you to delicately balance between aggressive and peaceful actions. Gain intel on other families, and target enemy units for assassination or recruitment.

Units have shifting loyalty based on the actions of the family. Units with that are disloyal can be recruited by enemy families and are more likely to sing to the authorities when arrested. Loyalty is treasured among the family. You can assign titles to your units, granting benefits, but also fueling the jealousy of their disloyal peers.

You can manage the unique agendas of your caporegimes. Based on the family's success against other families and obstacles, the caporegime's loyalty will rise or fall.

The families of New Shore will be ranked among mafia families from other cities. Those who rank among the top will lead the Commission and reap the benefits. Strive to be the boss of all bosses in the Commission ranking.

The Commission 1920: Organized Crime Grand Strategy is a Registered Trademark of 2:30 AM Studios. This story is a work of fiction influenced by historical circumstances. All characters in this game are fictitious. Any resemblance to actual events or persons, living or dead, is entirely coincidental.