UNFORGOTTEN – a story-driven, non-linear visual novel, where you can immerse in the ethnic ambience of Northern myths and horrors. Can you solve the riddles of the past - without ever losing yourself in the present? Your fate is in your hands!
All Reviews:
No user reviews
Release Date:
Developer:
Scoreboardgames
Publisher:
MV Games
Popular user-defined tags for this product:
Indie Adventure RPG Simulation Horror Atmospheric Story Rich Narration Choices Matter Mythology Puzzle Short Casual Surreal 2D Realistic Dark Choose Your Own Adventure Dark Fantasy Beautiful
+

Unforgotten is a non-linear visual novel about mysticism, riddles, runes, rituals, and the winter forest. The game is based on the story of a small mining village hidden in the forest. In the center of events is a student of journalism who wants to learn the history of this place.
Due to the non-linear plot, it is possible to pass the game several times and learn new secrets and stories of the mining village.

So, who you really are? Are you just a city boy or a member of occult arcane ceremonies? Maybe you are a savior the girl you love, maybe you are a fearful student from the Faculty of Journalism. Secrets of the North and a host of cryptic riddles from a mining village are setting all over here. You are free to choose whatever path you wish keeping with simple opportunities – swipe left or right.

Are you ready to follow a truly way? Could you stay sane and keep the fortitude of mind, if the Northern occult arcane ceremonies got you in a trap? What the way should you go: to save your girlfriend or figure out the riddles of a mining forest? Time to make own choice! Your life hangs on right decisions.

Main feature of visual novels is possible to take part in events that will shape the in-game role-play story. Everything that player will have done, every decision that player will have made can go to change the course of events. Sometimes the smallest things may play a significant role. In Unforgotten you are about to find out all puzzles, to be the part of arcane ceremonies and perform special tasks. 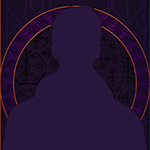 Oleg is a student from the university in the capital. He is average height and well built. He has light brown hair, elongated in front, and blue-gray eyes. This guy is a very curious, as well as he is goal-oriented person, who is not used to falling back in the face of danger.
He returns to his hometown on a vacation. When he takes apart the old stuff, he finds an album with photographs of happy looking family from his childhood. Suddenly he realized that the whole life he lived with his father, who did not appear in these photographs. Oleg and his girlfriend go looking for answers. The mysteries of the past led him in the old mining village hidden in the taiga. 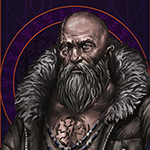 Egor is a spiritual sectarian leader at the age of about 40 years, as well as he is a spectator of the tragedy actions in the town. He was grown up believing in the importance of religion from his parents. Therefore, he sees the symbolism and the ultimate meaning about a lot of things. He lives in harmony with nature. Egor always condemns humanity for using technologies and industry. By his mind, it has resulted people in the death. 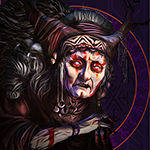 Crone is an old woman who lost her family. She looks like about 75 years. Local people from the mining village regards her as the strongest oracle and shaman. She was going from her mind when the tragedy actions had begun in the town. Prophesies of doom go out from her mouth, rumor has it, what always come true. 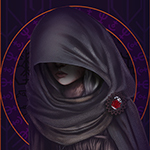 Shadow is dressed in a long warm cloak with a deep hood, almost fully hidden the face of the character. There is the dark side in the personality of Shadow, and it remains silence about itself. Shadow has burns marks on the face and neck.