Kingdom of Corrupts
Developer
Massoft Games
Publisher
Massoft Games
Kingdom of Corrupts is a 2d side scroller adventure game. The game tells the story of a kingdom ruined by the invasive efforts of bandits and civil war. Henry, our hero, embarks on an adventure to save the queen and to set her up back on the throne.
All Reviews:
4 user reviews - Need more user reviews to generate a score
Release Date:
Developer:
Massoft Games
Publisher:
Massoft Games
Tags
Popular user-defined tags for this product:
Action Indie Adventure Casual Pixel Graphics Singleplayer 2D Platformer Atmospheric Medieval Puzzle Platformer Resource Management Strategy Multiplayer
+
Reviews
All Reviews:
4 user reviews () All Time 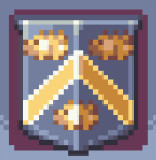 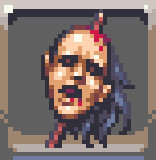 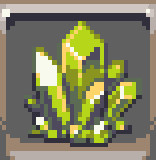 Kingdom of Corrupts is a 2d side scroller adventure game. The game tells the story of a kingdom ruined by the invasive efforts of bandits and civil war. Henry, our hero, embarks on an adventure to save the queen and to set her up back on the throne. There will be missions assigned to you where you will be asked to slay the bandit leaders and protect the kingdom castles against bandits. All there is for you is to let it flow wondering where this adventure will take you… All the adventure Henry has been through is mixed with platform elements, so the game will be interesting and intriguing. If you, as a player, are curious and patient, you will be able to reunite the disintegrated army, protect the castles and deal a blow to the heart of bandits. Our hero will leap from walls, over seas of buzz saws, through crumbling caves and pools of old needles. Kingdom of Corrupts brings the old school difficulty of classic titles like Braid, VVVVVV and Super Meat Boy.


Be brave, challenge and fight till you reach the sad ending...

This game tells a fictional story through dialogues. The player in this fictional world is given the opportunity to use military tools such as swords and ballistas. Some graphic content such as death animations and blood splatters are present over the course of the game. The game has an explicit language, bad words such as ‘’bastard’’ and ‘’bitch’’ are present.