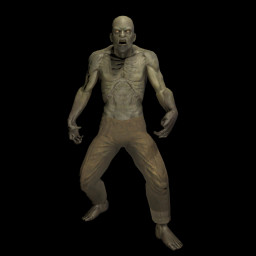 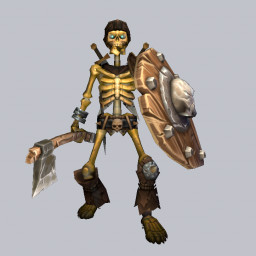 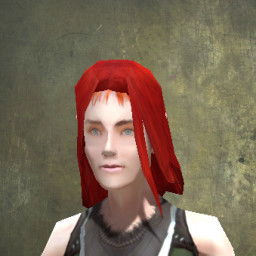 “Being an indie developer, I would like to share game improvements with people so people may provide with their thoughts and ideas, to make a better game. In short, I would like to hear what people say.

Also, I cant afford a QC/QA team, so giving the chance to people to play early the game, provide with their thoughts, and let me know any issues or bugs could be fixed for the final product release.”

“- Less bugs / errors
- Depending on success, professional voice over could be added. Otherwise there will be subttiles in all languages and a couple of intro scenes with voice over in certain languages.
- There is a chance to add multiplayer online could be added. No promises yet, doing some testing to see how it goes and waiting for Unity to release the new long expected Multiplayer platform. Unity is the engine I use to develop this videogame. If not, game will just be released for 1-4 local multiplayer.”

“Current state;
- One short playable level, four people could play together on the same computer using Keyboard / Mouse, joystick or even Xbox One controllers.
- All those controllers have been tested and they work very well so far.
- There are 4 diferent characters available; 1) and 2) Female and Male Herald, warriors with an life drinking sword, 3) Rose Lefay, cast mind blast mentalist attacks, she is physically very weak, 4) The Mad Cleric. a tank dwarf able to heal players. He is very slow though.
- Each character have a special ability, thus Female and Male Herald summon the demon inside the sword to come out and steal life from all visible enemies. Rose Lefay cast a powerful mind blast stunning all enemies on sight. The Mad Cleric invokes the power of his deity Morrigu to heal companions and himself.
- Characters may block frontal melee attacks by parrying (they cant attack while doing so thoughI). In addition. Mad Cleric may block frontal range attacks with shield. Rose Lefay is weak but may block all non special attacks and most magical attacks by summoning a telekinetic field (it drains her mana though).

Final State;
- 5 full levels to play, each with different environments and enemies. 1) Village the Cross and Temple underground. 2) Caves, 3) Forest, 4) The North, 5) Final ruins in the North and its dungeons.
- Possible extra characters to choose. Look at the potential characters in our website.”

“Yes.
We plan to gradually raise the price as we ship new content and features.”

“Community involvement is the main reason of early access! I will love to see plenty of feedback and engagement from people., so we will be able to tailor the game experience better to what community wants.
Please let us your thoughts and ideas, things you would like to change or add to the videogame. You may contact us through one of the following ways;
1) Use the Steam community forum.
2) Use our Kickstarter campaign website
3) Leave a post on our website
For technical issues, bugs, errors, etc please send an email to our general email address support, I review it on a daily basis (save exceptions).”

INDIE FANTASY LOCAL MULTIPLAYER GAME FOR FRIENDS AND FAMILY, SET UP ON THE WORLD OF ETERNALIA

Two games in one; Classic Arcade mode and First Person Medieval Shooter. There might be a third mode coming if you people like the videogame; a party RPG, integrating the story of the Essence Reaper Ritual with the mechanics of this videogame. You decide!

FEATURES AND CONTENTS
- Local multiplayer fantasy game, for 1-4 players, sharing same screen.
- Steam Play Together. Invite your friends to play with you even if they dont own a copy.
- An Arcade mode campaign, to play with your friends or solo. Hack and Slash.
- A First Person mode, following the same campaign than that of the Arcade mode.
- An Arena mode; gather your party, venture forth and face five waves of enemies, each wave of increasing difficulty.
- 5 different characters, each one with their uniques skills and combat styles.
- Subttile and menus in three different languages; English, French and Spanish.
- Beta version will have one full playable level. As we move forward, up to 4 more leves will be added.
- Each level is set up in a different atmosphere, with different enemies.

The idea of creating this videogame came in when spending time with our young family members (e.g. nephews and niece) playing a videogame. It should be easy to play, not too many buttons, yet plenty of fun. We are scripting from the very beginning everything to accommodate three languages; English, French and Spanish, so the videogame will be available en those three languages.

We just give you for now a video and a couple of screen capture of the first tests.

We are thinking on adding a script to be able to import your own pictures to the game, so instead of having the 4 portraits of each character, you may import yours. I bet my niece and nephews would love that. 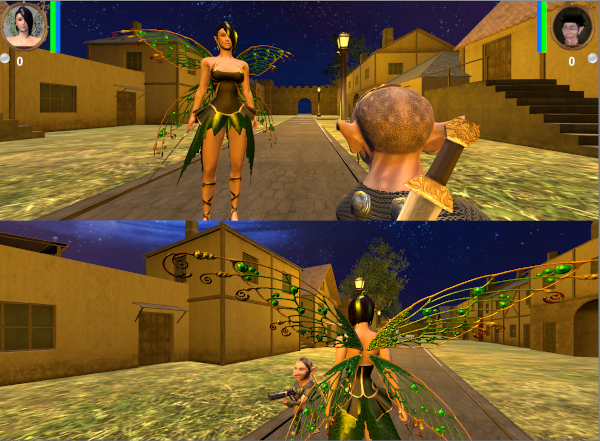 I have been integrating different languages from the very beginning of programming / development. I use Dialogue System from Pixel Crushers which allows easy integration, and for specific short texts as in the Main Menu, I have just hardcode it. Once you choose a language, Dialogue System keeps / save that info for the entire videgame, so upon load an scene, Dialogue System load all previous saved data including language chosen.