A girl who is "one person in two bodies" challenging a mystery dungeon. Items that can be transmigrated to change their form as well as spirit weapons. The story of a soul that spans the ages. And... tasty bananas.
All Reviews:
Mixed (21) - 52% of the 21 user reviews for this game are positive.
Release Date:
Developer:
Midori Games / みどりげーむず
Publisher:
Midori Games / みどりげーむず
Popular user-defined tags for this product:
Action RPG Early Access Cute Ninja Action Roguelike
+

“I'm not very well known as a developer and I don't have much experience, so I'm not sure how well I can create good usability.

Funding is very important in the long term, but I decided to go for free early access because I needed user feedback as soon as possible.

In fact, early access has helped me get a lot of feedback.
More than anything, I want people to know about my game!”

“We will continue to offer free early access until just before the full version.

We have completed almost complete implementation of the storyline within the last year.
We will continue to work on brushing it up.
Unlike in the past, we plan to upgrade the version in some small increments.”

“The biggest difference is the extra content after you clear the game.
That is the "main story" in terms of play.

We have various types of extra dungeons in the pipeline that we plan to implement.
Dungeons that can be played in a short time
Longer challenge dungeons
Dungeons with high exhilaration.
Dungeons that are good for collecting rare items
etc.”

“We completed almost complete implementation of the story within the last year.
We will continue to work on brushing it up.
Unlike in the past, we plan to upgrade the game in somewhat smaller increments.

We are planning to increase the variety of items,enemies,haunts.
There are some unimplemented and unadjusted features.
In English mode, some dialogues will be marked with green stars.
Some dialogues are marked with green stars in English mode, which indicates poor translation by me (the Japanese developer).
Some sounds are not implemented yet.
Other bugs, both small and large, are still possible.”

“Early access is free.
The full version of the game will be paid for, but those who download it during early access will be able to play the full version for free.
No additional fees will be required.
(This is our way of thanking you for playing early and giving us feedback)”

“Please send us your feedback via email, Twitter, or the community message board.
Dealing with bugs is our top priority, but feel free to send us any constructive content, such as ideas, game balance issues, etc.

Please keep in mind that there is a wide range of opinions, and many of them cannot be implemented in their entirety due to technical barriers.
However, we will try to use them in some way, digest them, and make use of them as much as possible.

A girl who is "one person in two bodies" challenging a mystery dungeon.
Items that can be reincarnated to change their form as well as spirit weapons.
The story of a soul that spans the ages.
And... tasty bananas. 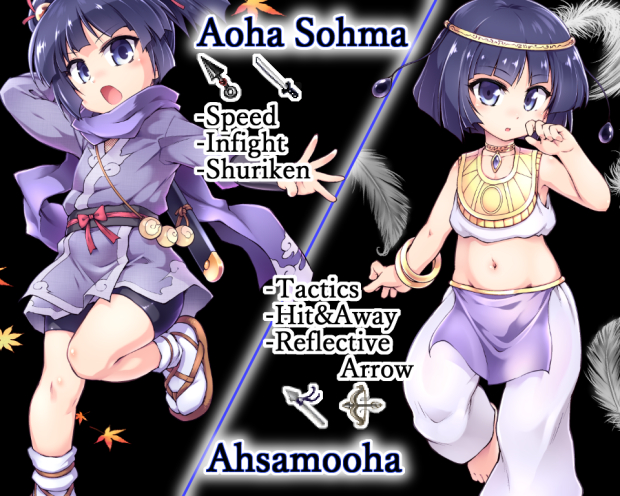 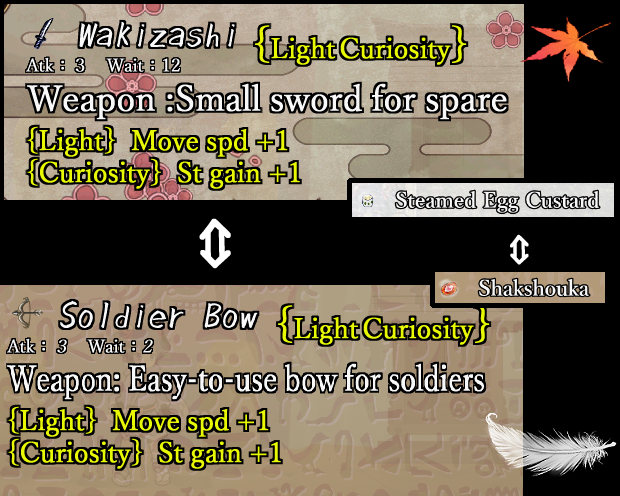