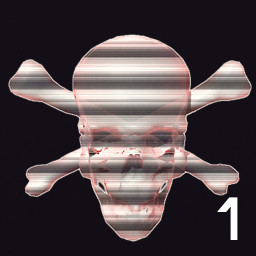 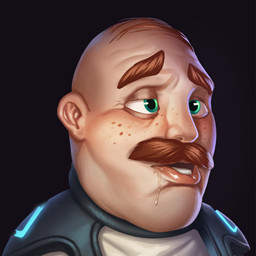 “This Means Warp has been developed alongside its community. Early Access enables us to continue this approach by opening the game up to a wider player base and expanding the game based on player suggestions/feedback.”

“Throughout Early Access we will be updating the game with new content based on player feedback, consisting of (but not limited to):

Our intention is to build on the game’s existing features/procedural content so that even the most experienced player always has something new to discover.”

“The game’s main story mode is complete. All core systems and game modes are fully functional, including single-player, local multiplayer, and online multiplayer.”

“No current plans to change, but may adjust based on player feedback.”

“The development roadmap for This Means Warp will continue to center around community feedback.

Players can discuss ideas with the developers directly on the game’s Discord server, Steam Discussion Board, or can submit feedback directly using the in-game form. We want to hear from you!”

Help Shape The Game - Join Us On Discord! 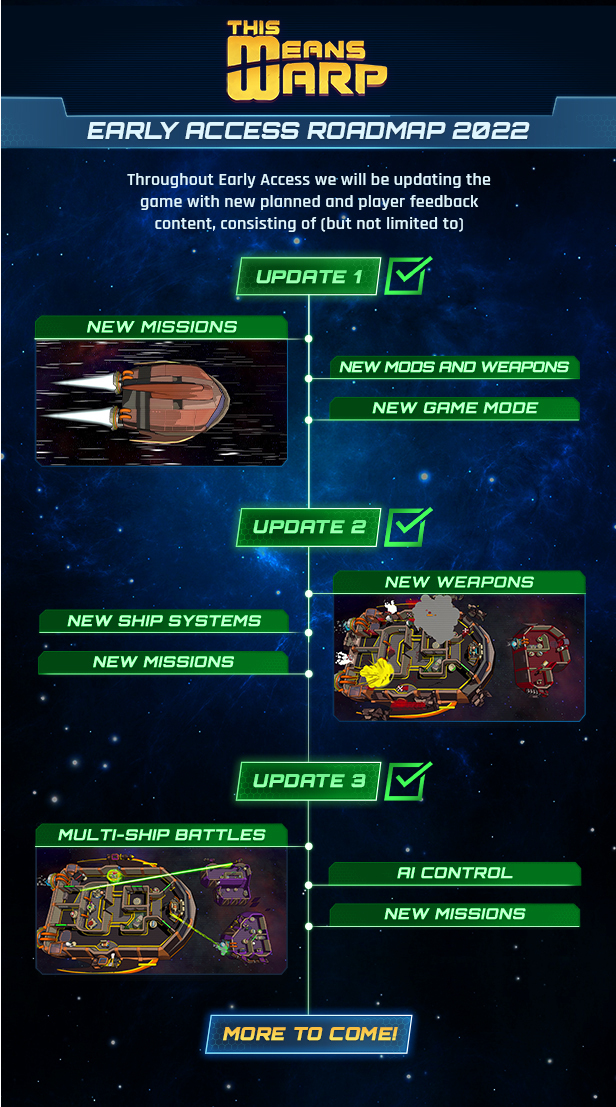 Check out the roadmap!

Fly solo or with up to three other loyal crewmates as you boldly go where no-one has gone (and survived to talk about it) before. Obtain and upgrade new weapons and systems for your ship as you venture deep into a procedurally generated universe filled with increasingly grumpy and murder-y enemies. Map your unique path through the stars, but remember that the stakes are super high – one wrong move and it’s game over.

Up to 4 Players With Local Or Online Co-Op

Space is big and cold, yet still somehow full of things trying to shoot you. You’re free to embark on a trek through the stars on your own, but you can also unite with up to three fellow officers for either local or online co-op!

Every Game Is Unique

With randomized maps, items, enemies and encounters, no two games are ever alike. Prove you’re a space commander of exceptional calibre by adapting your strategies to survive every unpredictable threat, while making best use of your awesome arsenal of weapons and upgrades!

Easy To Understand, Tough To Master

She can’t take much more, captain! You’ll be master of your ship in no time, but only the canniest captain can tame the entire galaxy. With gameplay that players themselves have shaped through alpha and beta releases, This Means Warp is a thrilling yet cruel mistress. Remember – in space, no-one can hear you cry like a little baby.