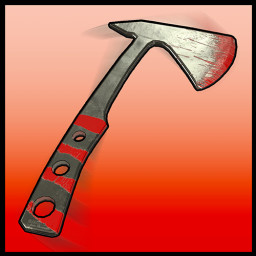 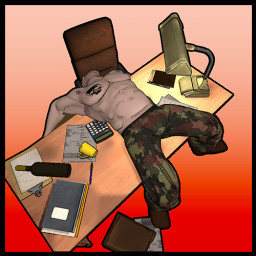 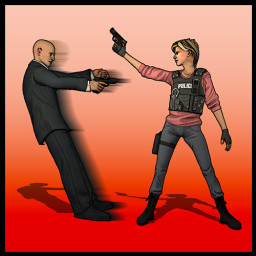 While everyone is getting ready to party the metropolitan police are working overtime. Detective Inspector Redfern finds herself at the scene of an emerging arms trade at the foot of a high-rise tower. Without the permission of her superiors or the support of backup, Redfern prepares to go kick off the millennium with a bang.

RICO London is a gang-busting, name-taking, explosive co-op shooter. Battle your way up the high-rise tower stacked with East End gangsters solo or with a partner. Crash through doors, dodge bullets and turn the weapons of the fallen into your personal arsenal. Do whatever it takes reach the top.

Ascend the dangerous gang infested tower, taking on tougher goons as you advance. The higher you get the higher the stakes.

The three magazines of 9mm you brought with you were never going to get you past the first floor. Chop and change from your ever-expanding arsenal to suit the task at hand as you defeat enemies along the way.

Perks Of the Job

Customise your loadout with a series of performance enhancing perks and upgrades. Modify your skills as the night unfolds.

It wouldn’t be a buddy cop shooter without a partner by your side. Call in a co-op ride-along, either local or online.

It is all down to you (and your partner) to bring the whole lot of them down, in the only way you can… kicking doors and shooting bad guys!

RICO London is a first-person game where you play a Police officer and shoot bad guys......Lots of bad guys. Sometimes you shoot them from a distance and sometimes from close up. Things can get quite bloody! Therefore, please be aware that the content in RICO London may not be for everyone. There is also the occasional use of bad language.