“We have built the core mechanics that make the game fun to play and allow you to learn. Now, we need your help in the final stages as we add in content to ensure we maintain this balance of being engaging and learning Chinese.”

“The game is divided into 4 episodes, each with 4 chapters and coverers roughly the first year of learning Chinese - you should be able to take and complete the HSK 1 Chinese exam at the end of episode 4. We plan to release each episode as it completes and have all 4 episodes completed this summer 2022.”

“The Early Access version will begin with episode I (chapters 1-3). Beyond the addition of new content (episodes II-IV) , we are also planning new features such as:

“The first episode (chapters 1-3) is currently available. Each chapter in our game is similar to the chapters in a language textbook. Each chapter contains around 10 vocabulary words and a few sentence patterns. By the end of chapter 3 you'll be able to greet someone in Chinese, find out their name, where they're from, and what they do for a living.”

“We plan to raise the price as we ship new episodes. Buying now gets you the greatest value for a first year course in learning Chinese in an immersive and engaging way.”

“We are thrilled to get your feedback and hope you will participate in the Steam community forums. It is a challenge to walk the line between fun/engaging and meeting learning objectives. We won't be able to do it without your help.”
Read more

Help protect Hua Mulan from the evil plot of the time traveling Shadows of the Past, in this story-driven episodic Chinese learning adventure. You’ll read, write pinyin, and speak Chinese all while hunting down time bandits before the time deviations become permanent.

Episode I begins with the detection of a time bubble originating in ancient China. You must travel back to find its origins. You’ll practice Chinese greetings by interacting with villagers and completing quests as you race to find Hua Mulan and uncover the mystery surrounding the Shadows of the Past. 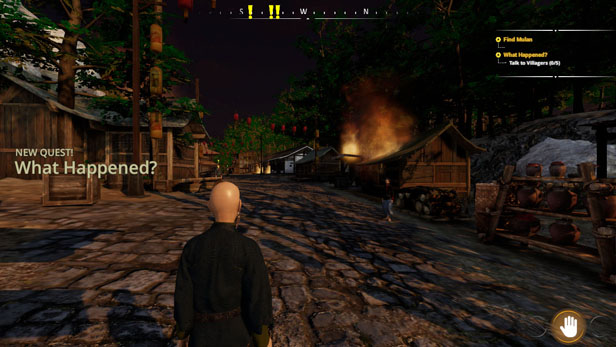 The story will continue in episodes II-IV as you help Hua Mulan infiltrate the Snow Leopards, gain an ally, and come to realize the emperor is not the beloved ruler portrayed in modern stories. Episodes I-IV follow the curriculum for the HSK 1 exam. 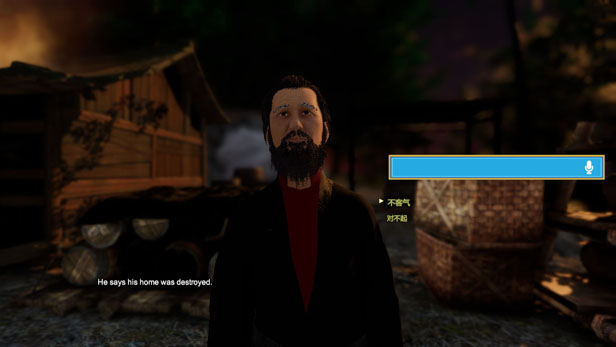 Experts agree that immersion and engagement are key for language learning. Practicing sentence patterns – which is key to learning a language – can be dry and boring. With a role-playing game that provides the needed scaffolding for language learning, you are given the motivation for practicing sentence patterns. You are immersed into a role-playing story where you must use and practice language naturally to be successful.