“Currently this Project is a one person Operation (except testing).
Early Access can give me feedback from a wider audience.

For players of the early access version have the chance to follow the creation of the game, that incudes unfinished or later removed Artwork, Soundeffects or Musictracks.
They also have a chance to give feedback to change the game before it's finished.”

“I'm currently aiming for the end of/late 2020.
For a more details please read "What is the current state of the Early Access version?" down below.”

“Planned Content:
The full version should feature a 4 Chapter Story.
Characters should all have a backstory and Character specific Skills or something to separate them for the rest of the cast.
I’m also planning to give the game more musictracks.

“Programming:
The main programming for this project is done.

Story:
The 4 Chapter Story is ruffed out (Every Chapter has it's main story events panned, side content is still missing, for the most parts).
The Story for Chapter 1 is about 40% writen (some parts wait for small changes/rework).

Gameplay:
The current version includes the stat of Chapter 1 (beginning of the story) and took my testing team around 90 minutes to complete.
It also contains the first 2 challenge quests/missions on the first map.
In terms of Character customization, there are 7 Classes and 18 Items.

Content:
Some Items, Character, Classes are missing flavor text but are fully usable (they might be reworked or changed later).
While playing you will currently encounter unfinished Character/background art (there will be a big clean up time at the end of chapter 1).
There is currently only one musictrack.”

“i think it's fair that all the Supporters of an early version receive at least a small discount.
So the price might increase before release or over time.”

“Since I'm planning on releasing additional content every 1-2 weeks i will try to start a discussion or news post on every major patch.
To give feedback you can visit the "Community Hub" where you can start discussions or comment on my posts/news.
You can also use our support mail for feedback, if you like to stay private.

I don’t plan to take input for the Main story or Character stories.

If players request or even design a "good" Class, Item, Skill, Effect or challenge quest, I’m willing to implementing them in some way.
I'm always open for quality of life changes.”

This game plans to unlock in approximately 9 days

Istoria is a Story driven Turn-based Strategy Game.
Follow the Story of Nemu who was sealed for 500 years.
Travel between Worlds and Locations to complete the Story.
Meet many Characters which each have their own Motivations.
Customize your Character by choosing from many different Classes.
Find and craft Items for your Characters.
Complete Side or Challenge Missions.

First you select the actions your Characters (up to 4 for normal missions) should make that Turn.
You have to plan your actions carefully, because after you hit the End Turn Button there is no turning back.
When you end the Turn all Characters will activate in order of their speed stat. 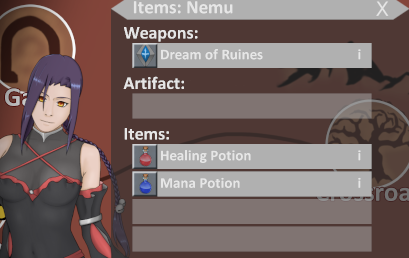 Classes:
Character can have up to 10 Class level in up to 4 Classes
(e.g.lv.3 Vrontimancer lv.2 Pyromancer for 5 used Class level). 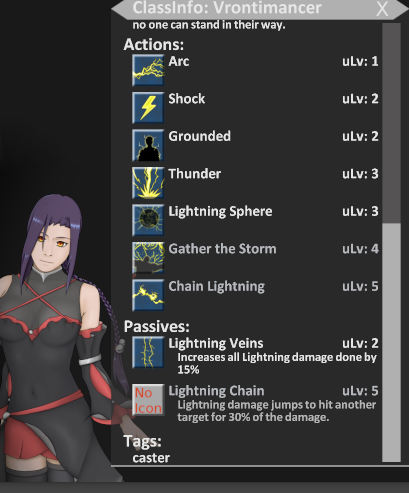 Change Skills:
Every Character can equip up to 5 Skills.

You will travel to different Locations which each have their own Map.

On the Map you will find:

May feature veiled Nudity.
Descriptions or depiction of Violence or Death.