The game is so easy to control but moving the 2 circles at the same time by moving the circle horizontally on the left and vertically on the right, might be challenging as you play through the game, the incoming squares are going to move faster. 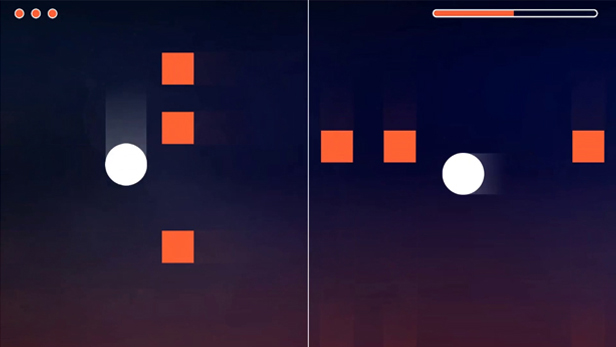 There are 76 levels to play and 3 ways to play in the levels. For the beginner, playing the yellow levels avoid the slowly incoming squares to learn the basic. Then as you play through the game, you can take on the orange levels and avoid the faster incoming squares or play the blue levels controlling the moving circles inversely. Or casually play the green level to hit the squares making the highest score. 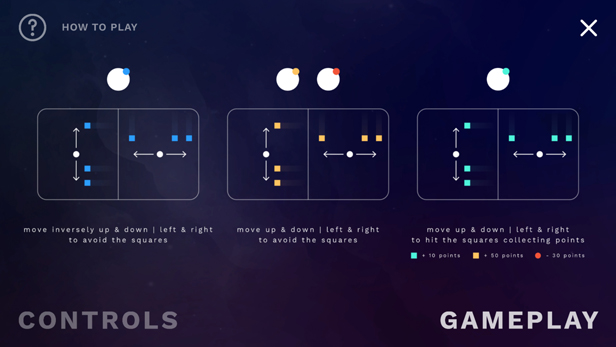