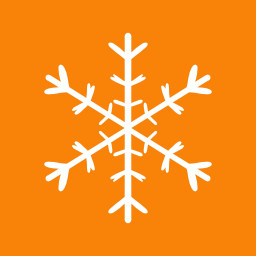 “Pizza Master VR is in Early Access because we value the users needs and wants. We plan on releasing a relatively refined base game for Early Access, and then working with the community to extend the game into a product worthy for Full Release.”

“It will likely be developed and then released at the end of 2021.”

“The Full Release version will contain a Zombie Pizza mode as well, so there are three game modes in total in addition to the single player and co-op modes. In this new mode you have to cook the pizza's in time and throw them at the rabid customers to eat before they eat you.
There will also be more customization options, such as clothing and different seasonal modes.
More levels and mechanics will likely be introduced.
There may be a online multiplayer PVP chef mode as well.”

“It has 55 fully playable levels in total, which includes levels from both single player and local multiplayer co-op modes.
There is also an infinite mode for both single player and co-op, integrated with Steam Leaderboards. There are also Steam Achievement's to strive for.
There are certainly bugs, please bear with us!
Leaderboards are still a bit buggy but will certainly be approved upon.”

“The price will be raised as we add new major features to the game as appropriate.”

“We will be keeping an eye out on all feedback and criticism in the Steam Community forums, as well as any Steam Reviews.
We will also be active in watching any videos made by Youtubers and see what we can take from those.
We'll have an open mind and consider the feedback received to create a game the community will love.”

Pizza Master VR is a fast paced pizza making game for Virtual Reality. Work as a chef and wield 8 core ingredients to create a wide range of pizzas to satisfy your customers. But don't slack off- their patience is always ticking!

You will find yourself easily immersed with the intuitive gameplay and Pixar inspired visuals. With your progressing skills, business will quickly boom, both a blessing and a curse. Customers will become harder and harder to please, robbers will start coming, and if you don't up your standards you will find yourself out on the streets again!
Single player and local multiplayer co-op are both included.

NOTE: The game is in Early Access, so there will be some bugs, and some aspects may be unrefined. Please bear with us as we intend to work with the community to resolve any issues and eventually refine it into a Full Release product.