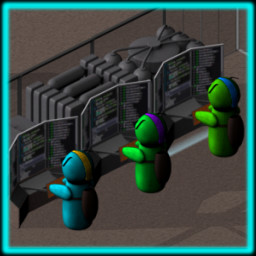 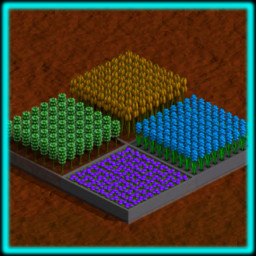 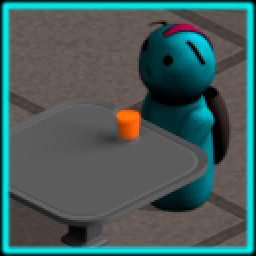 “I've been working on Sigma Draconis for a number of years now, and recently I've been getting some great feedback from players. I hope that early access will help me to start to reach a wider audience and build a community of players as I continue to develop the game.”

“For now I'm releasing a significant update once a month, and I'll transition out of Early Access when I feel it's ready. I don't know exactly when this will be, but expect it will happen sometime in the first half of 2021.”

“As I've been developing this game I have found that my vision for the future evolves over time, so there is no definitive roadmap. To some extent I would like the future of the game to be driven by feedback from players.”

“The game is fully playable. It typically takes 5-10 hours to complete a single play-through, depending on play style. Maps are procedurally generated with plants that grow and spread over time, and various kinds of wildlife. There are more than 40 different structures available for your engineers to build, geologists can locate resources for mining, and botanists can harvest food and plant 5 different crops. Once you have sufficient power and resources, you can build a rocket to launch back into space.

After launching your first rocket you will have access to another type of map - the snow region - with new challenges. Your colonists must survive very long, cold nights, and some resources are more limited.”

“As a solo developer feedback is very important to me. Players can contact me by email, social media and forums. I will do my best to listen to people's concerns, fix bugs as they are found, and take player responses into account as I add features to the game.”

A group of colonists from a distant world have arrived at their new home. Equipped with advanced technology but limited resources, they must build to survive.

Sigma Draconis is a colony simulation game which focuses on building and resource management. It is 100% peaceful - no enemies will attack you - but that doesn't mean it's easy, especially in the more challenging snow region with deadly cold at night and limited natural resources.

The game features procedurally generated maps with vegetation that grows and spreads over time, free roaming wildlife, and resources for your geologists to reveal.

Primary resources in the game include organics, ore, stone, and coal. Vegetation and exposed rocks can provide what you need to begin with, but later your geologists will need to find buried resources that you can mine.

Nutrient mush can be easily manufactured but cam be detrimental to your colonists' happiness. Some native plants have edible fruit which can be harvested by a botanist, but for a sustainable food supply you will need to grow your own crops. There are currently five varieties to choose from.

There are various ways to generate electricity in the game, and successful power management is vital. The nights are long and can be very cold on this tidally locked world, and your colonists may die if fuel reserves are inadequate.

Each colonist has one of three skills, all of which will be essential to the success of your colony. Colonists also have individual perks which can effect them in different ways. Various factors such as workload and diet can affect the happiness and productivity of your colonists, so these must be carefully managed.

In the current version of the game, the final objective is to build and launch a rocket.