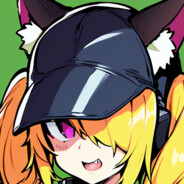 Future Fragments is an adults-only, modern take on a platformer. Mix-match abilities and powers, explore levels that each feature unique mechanics and discover a branching storyline with over a hundred optional story and sex scenes.
If you want to survive, you'll need to defy destiny with the power of the Future Fragments.

Each level has its own unique mechanics and bosses with multiple attacks and phases. Unlock their abilities and powers, mix-match them with a large variety of powerups, and use them to navigate expansive levels to defeat a range of different enemies.

A FUTURE DESPERATE FOR SEX

This is a desolate future where sex and relationships are deeply ingrained in its story. Experience over 100 hand-animated sex scenes with enemies, rewarded not only on loss, but also on exploration and winning!

A BRANCHING STORYLINE WITH CHOICES THAT MATTER

With over 200 optional cutscenes where your choices matter, and a morality system that shapes your character’s personality, it all adds up to over 40 possible endings to discover. Curious for more? Find databanks to learn even more about the story of Future Fragments.

Includes over 25 hours of professional English voicework across over 200 NPCs as well as a fully-reactive, 4+ hour long soundtrack, plus numerous quality of life options including fully remappable controls and color blind settings.

In the year 1000 AD, your king, the strongest sorcerer in the land, has failed to defend against an enemy alliance formed specifically to crush your kingdom.


As a last-ditch effort, he opened a portal to the year 3000 AD, where the fragments of a powerful weapon lay dormant. The king’s orders were simple: get the fragments and return home safely. The magician who brings back the most fragments will become the king’s right hand woman, with all the power that brings.

Immediately after traveling to the future though, you're faced with "The World Organization for Regulation of the Masses" (WORM), the global power that's outlawed sex to increase productivity.

Thus, the people from this era are very, VERY desperate for sex...