HOLMGANG: Memories of the Forgotten

Notice: HOLMGANG: Memories of the Forgotten requires a controller in order to play. Playing with a keyboard and mouse isn't supported.
View Community Hub 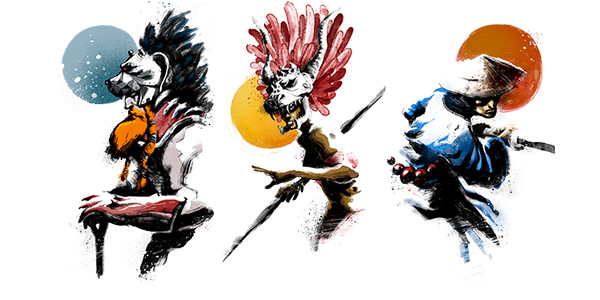 Every legend has a dark side. Twenty-two years before Dragon King’s reign, an empire emerged. An empire whose single aim was the annihilation of life. Relive the tragic days of the Shadow War.

After the death of king Haziel of Draken, his son, Hazulem, proclaimed himself emperor of Dracorum. Through the invocation of the First Hierarchy demons, he imposed its reign of terror all over the planet. Experience the story of a group of ill-starred heroes that decided to make a stand and change the course of history forever.

Fight like Kandar, the barbarian, Tatsu, the ronin, and Valentia, the Amazon woman, and defeat the dark secrets of Emperor Hazulem. Reclaim your honor and take your place within the legends.

Holmgang is a hack n’ slash at its core, and each character will have their unique combat style and executions. Besides, you’ll be able to craft your own combos in the combo editor and evolve each character’s skill tree, to make the experience truly unique and personal. During the game, you’ll face different enemies with different behaviors, weapons and weaknesses, so your gear and combo configuration will decide if you’re victorious!

In Holmgang, you’ll explore the world of Dracorum by land and sea, finding friends and foes along the way. Some of them will give you quests or sell you unique items, but others will try to deceive you. Choose your path wisely, because there’s not only one, and some of them have intricate environmental puzzles that could lead you to a certain death. Besides, each main character will be able to access secret areas, with rare loot. This adds a high replayability factor, like any good old “metroidvania”.

Remember, there's no one right way to play the game… so experience them all!

The visual art style of Holmgang is defined by a balance between soft watercolor surfaces with stylish ink touches on borders and details. An artistic mix that tries to reproduce hand-made paintings. While created in 3D, Holmgang uses several techniques that sets it apart from other games.
The music is another strong pillar, and has an orchestral epic style. There’s a theme for each character, defining the emotions of the heroes and changing with the action of the game. Beautiful melodies with great orchestrations, epic drums and multiple emotions is what you will hear in Holmgang’s soundtrack.

More information:
Holmgang: Memories of the Forgotten is a project funded by Red.es and the European Regional Development Fund (ERDF) through the Red.es Program to promote the videogame industry. These grants are co-funded by the Spanish ERDF Pluri-Regional Operative Program (POPE) 2014-2020.