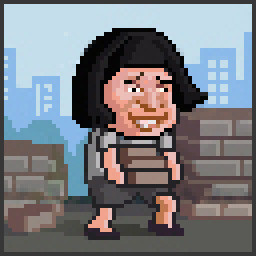 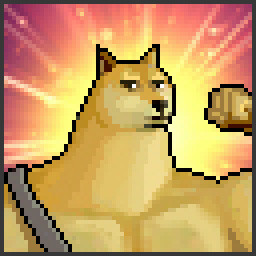 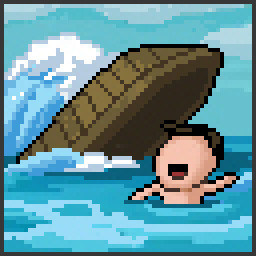 “During the Early Access stage, we hope that players can become an integral part of the development process and offer your valuable feedback on the game. We will try our best to enrich and improve the game accordingly and ensure you a hilarious retirement experience. Also, as a relatively small team, we do have limited development capacity throughout the development process of this game which has substantial content. Therefore, we would like to launch the Early Access version first and better optimize Retirement Simulator with your help and support.”

“We plan to gradually introduce major updates to Retirement Simulator with new wish routes, new gameplay, and the choice of playing as a female protagonist over at least 12 months or so in the future. Since there is still room for optimization in the game, we will still update the game after the initial 12 months, with the priority of improving the player's experience.”

“The 1.0 version of Retirement Simulator will have a complete wish route, new gameplay and characters. Our current update plans include:


Please pay attention to our follow-up announcements for the update schedule.”

“The early access version of "Retirement Simulator" provides a relatively complete simulation game experience, and it is estimated that it will take 8-10 hours for a full run. However, due to the multi-route gameplay, the game has good replayability, and it is difficult to fully experience all the content of the game in a single run. Therefore, it is recommended to try multiple routes to get a full experience.”

“Since the pricing of the current version is relevantly low, we hope to invite everyone to join us to make Retirement Simulator a better experience in this way. We may increase the price of the game after Early Access ends and the game content is fully developed.”

“The dev team will continue to check out everyone's discussions and reviews in the Steam community. We will release information such as updates and changes in a timely manner, and will make sure to read every suggestion, hoping to accelerate the growth of "Retirement Simulator" with you all.”
Read more
English language not supported

In this game, you will encounter hilarious retirement stories, experience various lifestyles and fulfil your ultimate goals in unusual and bizarre ways.

Want to travel around the world?
Arrange your worldwide travel schedules, visit various sights and tourist attractions and collect the souvenirs. In need of more money? Feel free to write down your travel stories and earn yourself a first-class ticket!

Want to become a global influencer?
With your camera on, nothing can stop you from being an Internet celebrity. Do live streaming, earn more followers or even engage yourself in a flame war… Do everything you can to catch the eye and dominate the cyber world!

Want to live as a KungFu Master?
Promote traditional KungFu and let it thrive! Learn the moves, accept disciples, develop different branches and grow your sect! Create your own invincible KungFu moves, defeat the enemies and become a KungFu Grandmaster!

Want to lead a fulfilling life?
Take your time to raise different pets - be it a cat, a dog, a parrot or even a ​​marmot. Encounter a wide range of unique characters to know about their stories, prepare yourself for all kinds of social events, decorate the community center, and play various minigames including the deck-building battle. Your busy retirement life starts from here!

Want to set your own pace?
Just plan your retirement life at your will and forget about your lofty aspirations. Do what you like and develop yourself into a unique individual in the coming 2 years!

DoubleThink Studio sincerely invites all of you to claim the retirement certificate that only belongs to you. Grab it now and kick start the retirement life that goes beyond your imagination!