Demo
Download
This game is not yet available on Steam

Draco Knight is a 2D action-platformer which uses twin stick controls to provide an easy to learn but hard to master gameplay. Combat is exciting, fast paced and impactful, requiring both finesse and quick decision making skills. The art and animation of Draco Knight is done in pixel art form, which is reminiscent of games from the 90s.

The land of Draconia has been at peace for decades since the Great War was fought, and yet now the kingdom is under threat from monsters which has never been encountered before. Currently, the kingdom still holds mainly due to the might of the Draco Knights, great and noble warriors who turned the tides of the Great War. Experience the tale of a lone knight who fights to reclaim a fortress lost to evil forces within the realm. Beat back the threat and discover the mysterious nature of the enemies that now beset the land. 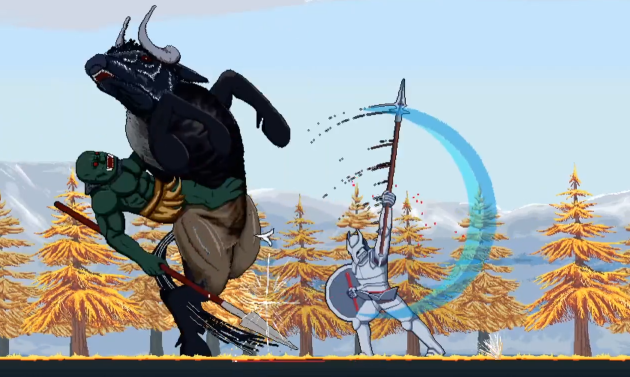 Bosses are designed to be brutal and challenging, but perhaps with some ingenuity and finesse even the greatest of foes can be defeated.