Craftica is the wonderland where you can build elegant architectures or sophisticated devices and machineries such as computers and robots. If you like Minecraft and the Redstone, you will almost certainly like Craftica. And if you also like Scrap Mechanic, you will definitely like this game.
All Reviews:
No user reviews
Release Date:
Developer:
NeoVoxel Studio
Publisher:
NeoVoxel Studio
Popular user-defined tags for this product:
Building Simulation Physics Crafting Automation Mechs Robots Automobile Sim Survival City Builder Programming Voxel Sandbox Open World Casual First-Person Third Person 3D Indie Early Access
+

Craftica is a creative sandbox game with ultra high degrees of freedom for building. It supports multiscale subvoxels so that smoother objects can be built in more realistic scales, and makes it possible to build very elegant architectures. 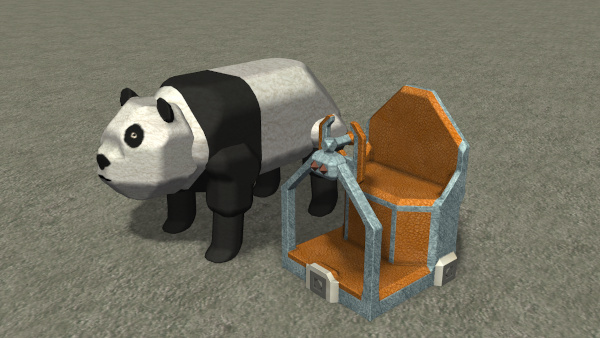 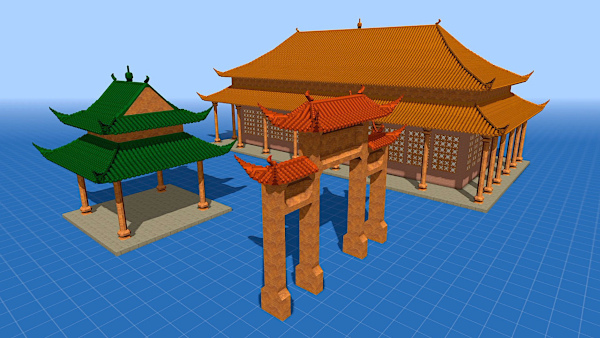 In Craftica, subvoxels are also used to smooth the automatically generated terrain. And terrain and objects imported from Minecraft Schematic files are also smoothed using subvoxels.

Craftica also supports rule-based placement. When an object item is being placed near another object, if there is a predefined rule to determine a proper placement for the object in relative the other, the rule will be used to calculate the proper placement location and orientation.

Craftica provides a number of standard mechanical and electronic device items that can be used to build complex circuit as well as machines that can be controlled by circuits.

Circuits in this game emulates those in the real world with great simplifications. Like circuits in the real world, Craftica uses physical connection between components to construct functional circuits. These circuits are mainly powered by electric energy and driven by data exchanges.
(See the documentation included in the game for more information) 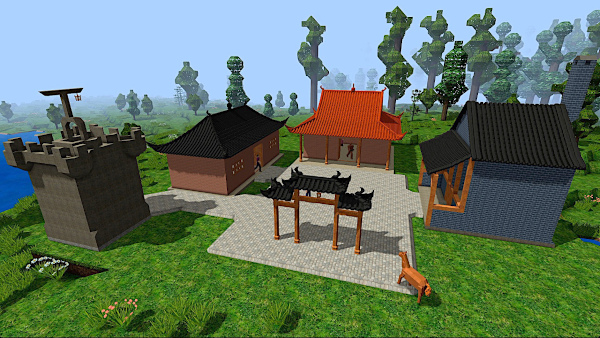 In addition to the creative and survival modes, Craftica supports an experimental development mode. In this mode, the player can import external models into the game worlds.

The player can either choose a Minecraft Schematic file (currently only .schematic file is supported, .schem file will be supported the upcoming updates) to import when creating a new game in the development mode:

Or import .obj 3D model files (importing Schematic files within a game will also be supported in the future) within a game in the development mode: