The protagonist of this lonely life is you. You leave your hometown and come to a strange world. The world is prosperous and cold, strange but real. You may like it or wish you could tear it to pieces. The good news is, you have the choice!
All Reviews:
Very Positive (74) - 97% of the 74 user reviews for this game are positive.
Release Date:
Developer:
银阼
Publisher:
HeyBox Games
Popular user-defined tags for this product:
Story Rich Choices Matter Multiple Endings JRPG Dystopian Politics Alternate History Sci-fi Female Protagonist Capitalism Faith Lore-Rich RPG Philosophical RPGMaker Singleplayer Cold War Adventure Political Pixel Graphics
+ 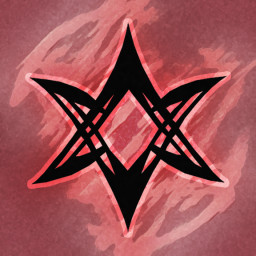 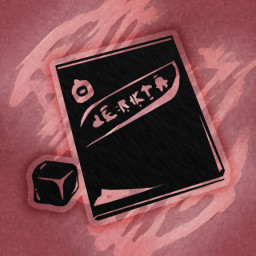 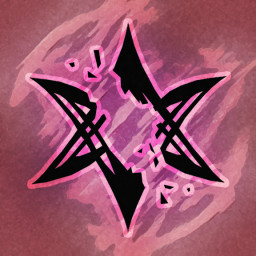 Midnights the end of humantism, is a story of leisure cultivation and deep text to RPG, which is adapted from a serious world outlook set in 20W characters. This work combines leisure cultivation, puzzle solving, interactive novel and real-time combat. You will play the heroine, participate in the complex historical changes alone, fight against the end of the individual, society and the times, and ultimately change the fate of life.

You play the leading role in this strange story. Leaving my hometown, I come to a strange world, which is full of loneliness, magic and reality. The tide of the times carries both winners and losers. And from the depths of your spinal cord comes the cry of your soul - surrender to reality, or pick up courage again to change your destiny?

[compliance, qualitative change, extinction]
The background of the game is set in a future world in which the world is in the great depression and the global situation is declining. The heroine Jess vetlana is forced to come to the enemy country to find a job because of her family accident. Fortunately, he applied for the red moon sect, the only magic group in the world at that time. The story unfolds... However, in this international city, big and small forces compete for interests, zero sum game, the red moon special zone surface prosperity behind the undercurrent surging, the protagonist knows that can not escape, can only make a choice.
It is either to be self-contained, or to do whatever it takes - to ascend power, to accumulate knowledge and to uncover the complex and confusing world. Is it a choice to change fate, or to perish, or to muddle along? You will struggle between the major forces and your superiors, choose between past gratitude and resentment and reality, whether you will be reduced to someone else's pawn... Or change human history yourself... This will be your choice.

How to play the game?
The game revolves around the daily work and life of the players. You will start from the grass-roots staff and earn "prestige" in the community to realize your own promotion step by step. Some open cultivation means, but the plot task is the core. This game can't be upgraded. It focuses on cultivation, dialogue and exploration. If you have played the bystander, disco, the world beyond and New Vegas, you can take it as a naive imitation. "Chapter of midnight" is a small pixel RPG, which can't do the open world, excellent scenes and playing methods. It always tells stories in a simple and simple way.

Let's take a look at the elements contained in this small RPG, * these elements will gradually open up with the game process: virtual world career
In science and technology, there are certain elements of working day and night in the world of simulation. You can eat and sleep, you can rack your brains to seek a livelihood. You can work hard in the office, or you can travel around the city. You can concentrate on pushing the main line to pass customs, or you can explore everywhere to discover the hidden secrets. problem solving
In the face of task problems, create a variety of solutions. Can be honest for NPC to complete the task, can be EQ persuasion, or in the back of the hand! In the mid-term, you may be dizzy because you can't use guns. If you stand in the wrong team, you may be chased by tanks and magic. You can also stealth, crack intelligence, and attack your opponent's weak points. How to get rich? Upgrade official rank, process products, sell, run businesses, even gamble, steal... Some of the worst activities, and then spend money on the blade - in exchange for good things, and even rebuild their own enterprises. cultivation and collection
Four kinds of clothes with different effects, three kinds of long-range weapons, more than ten kinds of food, a few pets, five different homes, more than a dozen kinds of collections, technology and magic props with different uses, and 80 days of chattering about the background of the times... There are many new things worth collecting and exploring. thinking cabinet
In a civilized society, the mind is the greatest weapon. Improving scientific skills and breaking through the world of black box technology can also improve humanistic quality and interpret the mind of others. Thought is the biggest weapon of the protagonist, and the game plot itself is full of sparks of various ideas collision in the imaginary "ideological unification" society. However, thinking is a double-edged sword. In case of embarrassing things, the protagonist will be frustrated, physically and mentally exhausted and haunted by nightmares. If it is too "smart" or even radical, it will be mistaken for cleverness. semi open plot
The plot is the core of this work. There will be three main lines in the later stage, leading to the ending of three different ideological themes of three different forces. There are 11 characters with different standpoints in the chapter of Midnight: scholar, magician, agent, officer and leader. Each of them has his own destiny. There are six chapters in the game. Your different choices in each chapter will leave traces, which will eventually be reflected in 2000 kinds of patchwork ending combinations. The story of the game revolves around the aerial world. There are many angles of the story. The second week program adds more profound content on the basis of the first week.
There are 21 achievements in the game. Can't you achieve all the achievements in one week? In the second week, you can turn on the God mode, and the rhythm is greatly accelerated, so that you can quickly experience other plots / win achievements. fantasy before us, reality behind us
The plot of the chapter of midnight is a blend of the real world and the fantasy world. The plot and characterization are heavy in my hands - it takes a lot of my mind. But this work has left a lot of free space for players, not only the freedom of the plot, but also the freedom of playing. Players can take the leisure stream, skip all the plot clearance, or they can think deeply and make a perfect ending. Maybe it's perfect or not at all.
The process of the game is about nine to twelve hours. The amount of words is a little large, but the scenes and dialogues are not cumbersome, and they are not procrastinating. However, the amount of information needs to be calm and play slowly. Please be calm.

The future of midnights
This is not a big game, but it can reflect a complex topic. After the game is over, there will still be a lot of stories to go into. This is why the launch is delayed. Few people express themselves and eternity at the same time, but everyone is willing to devote their efforts to polish their stories and tell them to others on the screen.