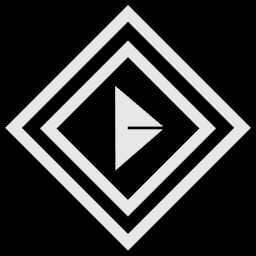 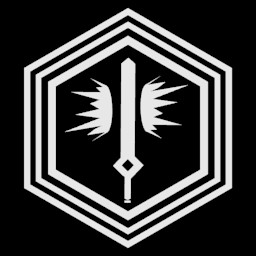 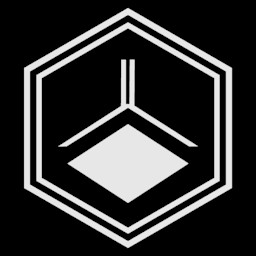 “Deserted development started four years ago. Until now we’ve been working and rewriting the game to meet our expectations. This time our goals are to share our game with you during Early Access and establish a dialogue that will help us to make this game an enjoyable experience for all players.

During Early Access we will focus on three key elements:
Building a community- We want to build a strong Steam community where we can stay in contact with you while we keep focus on development and improvements to our game. We want to provide information about all the latest updates, also hear and discuss your feedback on the latest improvements. Whether you found a bug, have some design feedback, we want to talk about it.

Utilizing a feedback loop- While we established the story and have a vision for the complete game, players often provide input to propel a game from good to great. This is also our first 3D title, and we are very small team of developers so we want to listen and make sure we're meeting everyone's expectations of the game. For players that give especially useful feedback, we want to find a way to recognize them.

Creating meaningful content- We believe through the beta phases of development we can thoughtfully and consistently support Deserted during Early Access. We know to ask for your money for an unfinished project is a big deal, therefore our plan is to successively provide you with all of the game chapters and additional content and improvements that will derive from our dialogue on our Steam forum.”

“We plan to use Early Access for approximately 9 to 12 months. This intentional delay will provide us with time necessary to make sure the game launches in a complete state without a hitch. We want to finish a game that provides players with hours of enjoyable and exciting content.”

“The full game will feature additional chapters to complete the story and will include fully implemented local co-op. Each chapter features unique areas, puzzles, new enemies and vehicles to traverse over vast terrains. Players will be able to play as either a female or male special operative and have the ability to customize their character appearance. Finally, we want to make sure the game is super polished by the time we go 1.0. This includes game features as well as localization beyond just the English language.”

“The core game loop is fully implemented but will continue being polished throughout Early Access. At Early Access launch, Deserted will feature the complete first chapter of the game. This chapter will feature space and on planet game play and introduce a large part of the story. Players will traverse dense forests, enormous spires, and ancient ruins. Many secrets and paths lay hidden for players to find that uncover the lore and offer upgrades and weapons. Explorers will be rewarded with unique items, and upgrades to help them along on the journey.”

“For purchases during Early Access the current price will remain the same. After Early Access expect a small price increase at full game launch. We will be adding many new levels and features to the full game . At the current time we don’t have a set price for the game. We’ll definitely let you know about it ahead of time!”

“We are particularity interested in:
Improving game playability and balance.
Suggestions and ideas.
Bug finding.
Supporting test branches.
Recognition and highlight of the Community cue members for their contribution.”

Deserted is a stylized 3D low poly, action adventure with light RPG and narrative elements. Inspired by the alien atmosphere of Out Of This World, Deserted combines narrative storytelling with survival and fast paced strategic combat to deliver a thrilling adventure supported by a tailored musical score and sound design to maximize the experience.

In a vast and uncharted system, you crash land on a planet scarred with ancient ruins and technology long faded from any recollection. As your only companion takes his last breath, your journey unfolds and the fight for survival begins.

Players will traverse dense forests, enormous spires, and ancient ruins to run down factories and deserted laboratories set against a colorful low poly aesthetic. Many secrets and paths lay hidden for players to find that uncover the lore and offer upgrades and weapons.

The combat mainly focuses on fast paced strategic game-play, and offers players many options and play styles. Lock on to your target and build your character around sword, shield and stamina upgrades for a visceral blade to flesh approach or equip gun specific modules and modify the characteristics of your ammo and guns. You can upgrade your character to suit your needs and adapt your combat style.

Survival in Deserted plays a pivotal role, but will never punish you. Explorers will be rewarded with unique items, and upgrades to help them along on the journey.

Combat that is both fun and challenging. Tear apart your enemies with up-gradable weapons and turn the tide against even the strongest foe. With a unique skill tree system utilize and forge strategies against a vast array of enemies.

Local Co-Op - In Deserted you don’t have to play alone. We offer up to 2 players local co-op through the entire campaign. Play as either a female or male special operative and customize your appearance.

As a galactic special operative you come equipped with an arm mounted module system that allows you to track your health, synthesize materials, emits wonderful glows, and more importantly gives you the ability to construct a powerful holo-blade.

A.T.0.M. Drone (Advanced, Tactical, Operative, Module) – Is your mechanical companion on this journey. Use its features to scan the landscape and generate a 3D map, help you in combat by providing extra fire power, communicate with technology and provide a holographic display.

The Fallen One – The soul essence of one of the “Ancient”. His people were lost to the great war, but his energy lived on imbued in a remembrance stone. With this energy you are able to interact with their technology, access areas that were closed off and use the spirit force in combat by summoning “the spectral beast”.

Primary Weapon – An up-gradable Holo-Blade constructed from energy in your arm mounted module system. Cuts through most matter and adapts it self to foreign bodies.

Modules – Equipping different modules gives you access to different skill trees unlocking a variety of awesome upgrades and unique abilities. Each module can be maxed-out and crafted into master modules.

Crafting – To survive this planet, you will need to harvest materials and resources. You can utilize the unique energy signature of plants and materials and synthesize a whole array of healing options, antidotes, augment modules, and craft batteries for your guns.