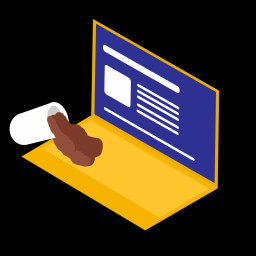 “Early Access provides us with an opportunity to receive feedback on what we've done and use it to improve both the core of the game as well as its content before the full game receives its final release.”

“Gray Zone: Chapter 1 will be the first standalone, episodic chapter in our Gray Zone story and will contain 7 missions when finished, this will be completed by Q3/Q4 2020 and will exit Early Access at this point.

Future chapters will be available as standalone, episodic chapters, free to Early Access adopters who purchased before Midnight Pacific Time May 9th or as paid content to everyone else.”

“The full Gray Zone collection will consist of four separate, episodic chapters, with approximately twenty five missions in total. If the player chooses to buy a later chapter of the game without the preceding one then they will be able to watch a short introduction story comic to see what has happened in the story so far. Each episodic chapter can be played separately without requiring ownership of the preceding chapter.

The Early Access version available until May 8th will be the first five of seven missions of the first chapter. The last two missions of this chapter will follow in future updates in Q3/Q4 2020.

Anyone who purchases the game after May 8th will receive the first five of seven missions of Gray Zone: Chapter 1 (or the full seven missions if purchased after the time of their completion). Future episodic chapters will be released as paid standalone DLCs.

Rest assured anyone who purchased the game on or before May 8th will, on verification of their purchase, receive the additional future chapters DLCs entirely free.”

“All of the core game features as covered in the "About This" section are complete and included in the Early Access launch version, as well as all voice-overs/cutscenes/dialogues/music/sound effects/physics effects etc.

We’ve already developed the core of the game that we’re tweaking and improving every day. We’ve created almost a quarter of the content, which is our starting point for Early Access. The future chapters have been planned out and storyboarded and we’re really excited to see them move from the pre-design stage to the in-game content stage.”

“The price of Gray Zone: Chapter 1 is $15.99 (regional currency variations will apply).
If purchased before Midnight Pacific Time May 9th then the purchase will include Chapter 1’s first 5 missions plus the 2 additional missions when they’re completed, as well as all of the future five standalone, episodic chapters as planned, completely free as DLC.

Anyone who purchases Gray Zone: Chapter 1 after May 8th will receive Chapter 1’s first 5 missions (or the full seven missions if purchased by the time of their completion) for $15.99. Future chapters will be sold as paid standalone, episodic chapter DLC.”

Feedback from fans will be especially important to us as it will help the game evolve. We will take all feedback from gamers on board, whether it's ideas on how certain things in the game should work or just wishes or bug reports. We’ll then discuss them internally and integrate those we like the most into the game to be implemented in a future game update.

Making all four additional chapters will be a long-run and we want to make sure that we hear what the players are saying along the way, as we share this journey together. We have a dedicated Community Manager ready to answer questions, gather feedback and communicate it to the development team.”

Travel many years into the future and embark on the great adventure of Valern, a slave in the hands of a corrupt government who's destined for great things. Explore colonized planets of our galaxy, worlds rich in animals, creatures and characters. Help Valern face his foes who stand between him and the truth. Both in-game and cutscene dialogs are fully voiced in English.

In Gray Zone you command your heroes and other friendly units to avoid or defeat the enemy, to complete story objectives, mandatory or optional. You build fire teams, use machines, vehicles and weapons, collect and distribute items. Your goal is to choose the right combat strategy to minimize your losses whilst achieving a result. The game allows you to freeze time in "tactic mode", which gives you unlimited time to re-think your strategy and issue different orders to multiple units at one moment.

Gray Zone offers a unique mixture of some old school and fresh new mechanics. You will experience full real-time battles with a 'tactical pause' at your service. Utilize your team, equipment and environment to get advantage over your enemies. Expect diversity in units, weapons, vehicles and more.

Experience even more in the world of Gray Zone!

Gray Zone: Chapter 1 will contain 7 missions and Skirmish, 5 missions are completed and in the Early Access version already, missions 6 and 7 will be added later this year.
The remaining 3 chapters will be released as standalone, episodic game content. There are 2D Artworks and comics that chronicle the story’s progress between missions. The game also features its own electro-orchestral soundtrack. 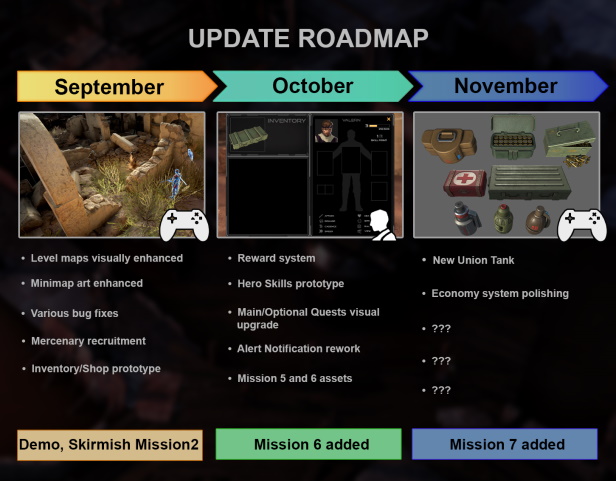 There is a mild violence and blood, mentioning alcohol and drugs, bad language and rude humor.