DonDon Busters!! is a local multiplayer game that brings you head to head with up to three other players in a chaotic and fun free-for-all!

Last one to remain standing on land is the winner; so blast everyone that isn't you out of bounds, and get ready to DonDon!!

If you need someone to Remote Play Together with, come join the Discord server! https://discord.gg/EEhCy5E 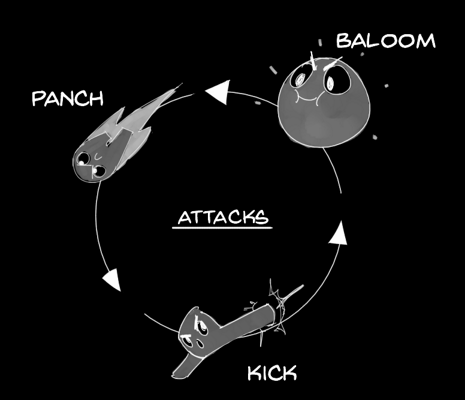 Each DonDon has three battle abilities: the Panch, the Kick and the Balloomm!
Every ability has a counter, so make sure you are the one doing the winning move!

Each time you hit an opponent, your power level increases. However if you are hit yourself, all that power disappears.
Keep hitting without getting hit, and you will be powerful enough to send anyone flying!

FOR ALL SKILL LEVELS

In many fighting games, pressing the right buttons to make the character do what you want can be difficult.
DonDon Busters!! is designed from the ground up to be easy to play and have fun with,
focusing on split-second decision making and mind games, rather than complicated button inputs.
The speed and action of the gameplay enables a high skill ceiling, while still remaining friendly to new players.