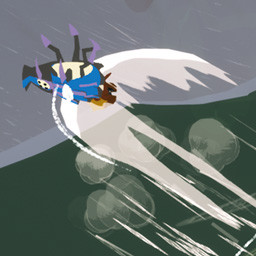 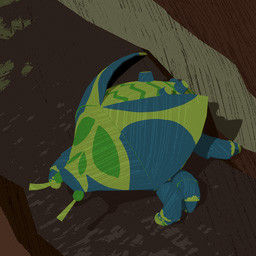 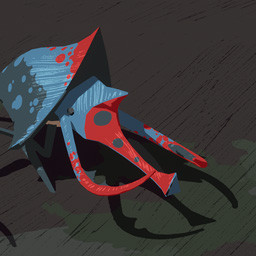 Buy Stonefly and Creature in the Well BUNDLE (?)

“Like Studio Ghibli’s Nausicaa of the Valley of the Wind, Stonefly’s environment is as important as its characters — the push and pull between the two, the unnerving tension between humans and everything else around them. Stonefly’s hopeful respect of the natural world shines through, a showcase of an aspirational balance.”
POLYGON

“....Provides an intriguing premise that lends itself to strange and fantastical gameplay... Stonefly smartly lets the player control its tempo without lingering for too long, which appeals to all kinds of gamers.”
9/10 – Noisy Pixel

“Stonefly is a thoroughly unique game that has novel gameplay ideas and a wonderful story. Dancing around the world while piloting your mech, trying to find emotional catharsis for your heroine while also beating up some bugs so you can get more resources to upgrade your current ride is a heck of a gameplay loop. It’s well worth experiencing if you want a chill adventure.”
8/10 – NintendoWorldReport

Harness the wind and soar through the wilderness of Stonefly. Brilliant but naïve inventor Annika Stonefly must recover a lost family heirloom using her smarts and strategy. Glide strategically among flora and fauna, confronting hungry bugs, adventures, and memorable characters. Along the way, you'll unravel a heartwarming story of self-discovery, family, legacy, and belonging.

Invent and craft new abilities for your mech while customizing it to match your play style.

Take on a variety of bug types to harvest minerals, then use them to craft specialized mech parts.

Glide through tree canopies, across marshes, among prickly briars, and breathtaking nature throughout missions.

Forge relationships with a cast of memorable characters from the Acorn Corps, a band of castaway mech pilots.