From the team that brought you Rise of Flight: The First Great Air War comes a new, re-imagined Great War combat flight-simulator as part of the IL-2 Sturmovik Great Battles series. Fly some of WWI’s greatest aircraft in thrilling air to air combat high above the trenches of No Man’s Land. In planes made largely of canvas and wood, dogfight to the death against cunning enemies and see if you have what it takes to become an ACE! Experience what is was like to be an early aviation pioneer and test the tactics and machines that would forever change warfare by bringing it to the skies for the first time. Discover the bravery and courage it took to do battle where each mission could be your last. Are you the next Guynemer, Ball, Bishop or von Richtofen?

Flying Circus includes ten legendary WWI combat aircraft that you can fly alone or with friends in single-player or multiplayer scenarios. Flying Circus also comes with a map of the Arras sector of the Western Front in WWI and includes picturesque cities, town and villages and an ominous, deadly, cratered No Man’s Land separating the two sides.

Compared to more powerful WWII planes or jet aircraft; these early flying machines can make tight turns with ease. You’re aim will have to be good as dogfights are twisting, turning, chaotic affairs and many bullets just pass through the thin materials these planes are made of. Aim for the engine, radiator, wing supports or the enemy pilot himself to bring him down. This takes a whole other level of skill which also brings a whole new level of fun and immersion. 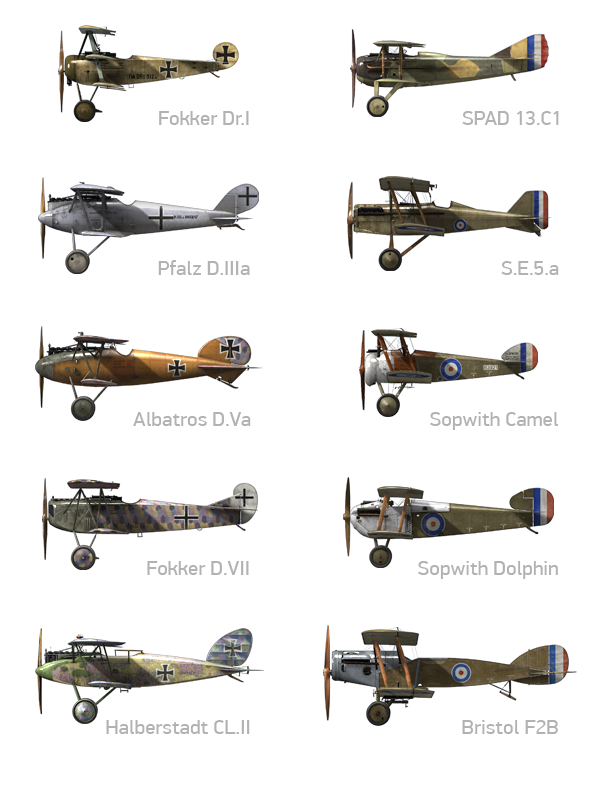