“The game is in Early Access because it isn't content complete yet. That being said there is still a plethora of content to engage with. There are 2 Story Acts, 4 playable classes and a sample of each Endgame Mode (6 in total) to keep you grinding for hours!”

“I am planning on moving to Beta in around 6 months and Full Release in around a year.”

“It will have all 4 acts of Story Content (there is currently 2). Fully fledged endgame content (currently it is just samples). Around 500% more items, skills and another 2 playable Classes.

To keep an eye on upcoming features you can check out the Trello Roadmap! - https://trello.com/b/0tHiHOjo/sanctum-breach-roadmap”

“The game currently has around 40% of content complete including:

All of Act 1 and Act 2
A sample of each Endgame Mode:
4 Classes with skills up to level 30
5 Rarity Tiers for items
Items up to level 30
2 Zones that scale with player level, so theoretically you can grind to max level already!”

If you would like to join the growing community on Discord then please feel free - https://discord.gg/E8Gt97d - and the roadmap for future updates can be found here - https://trello.com/b/0tHiHOjo/sanctum-breach-roadmap - hope you enjoy!

Sanctum Breach is a Hardcore top down ARPG in the vein of games such as Diablo 2, Path of Exile and Grim Dawn. It is currently in the early stages of development, however, there is still a ton of content waiting to be discovered! The game will primarily focus on Endgame content and Character Development, build versatility and replayability. 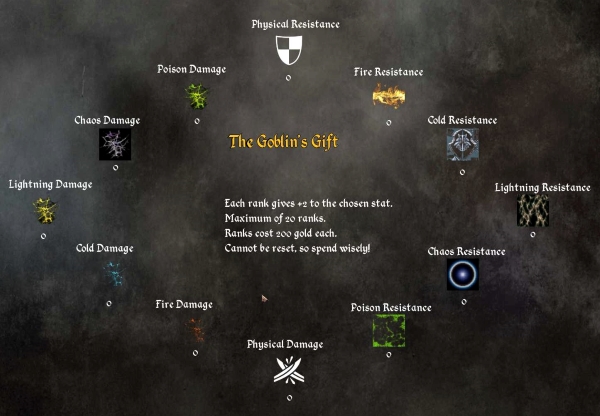 When you level up you gain a point to be spent in the Divinity Tree, and Ascension Ranks. The Divinity Tree has nodes for every Stat in the game. You start in the outer ring and must work your way inwards, in doing so the nodes become more powerful and the reward greater! Ascension Ranks have a selection of stats and have no spending restrictions. 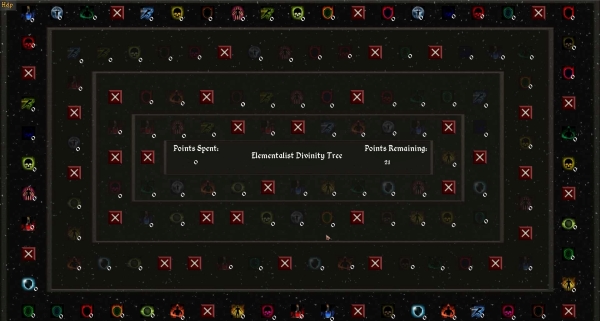 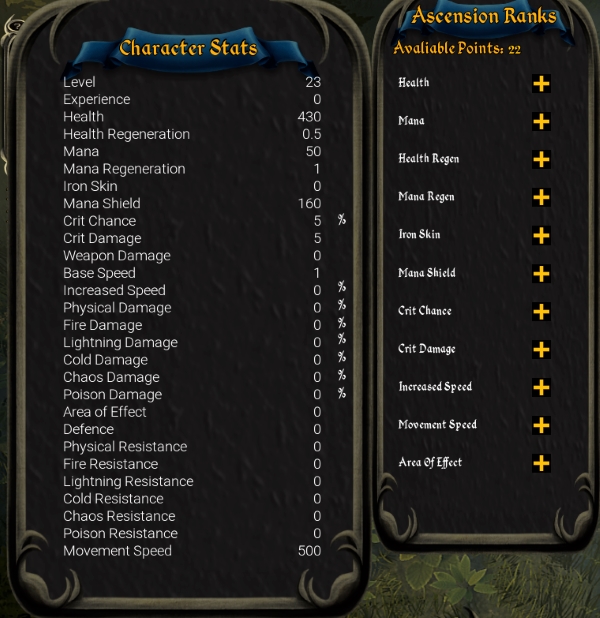 Skills can also be levelled up and gain a natural increase in Damage upon doing so. They also gain a point to be spent in their individual Skill Trees. These trees enhance the Skill in a multitude of ways, with 8 minor nodes that other various stat increases, 4 major nodes that modify the skills functionality, and then 4 augment nodes that further enhance that modification. These nodes must be unlocked sequentially. 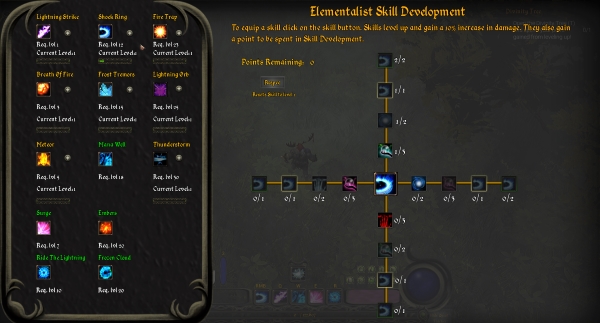 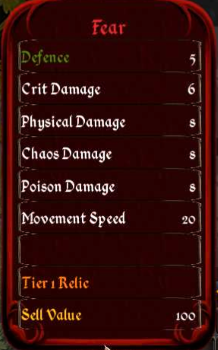 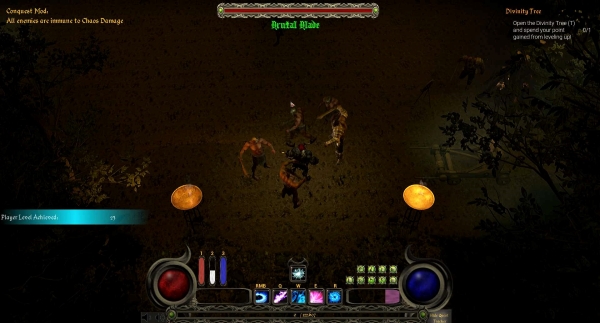 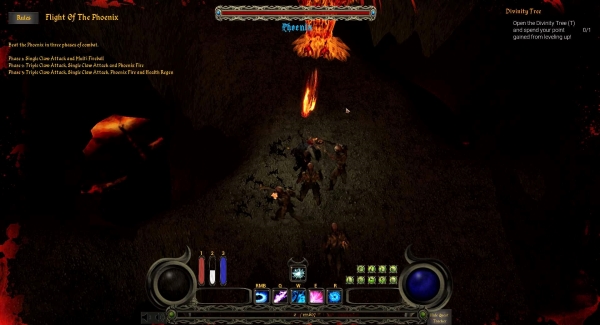 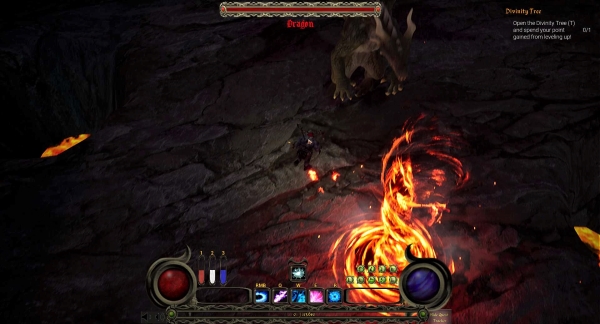 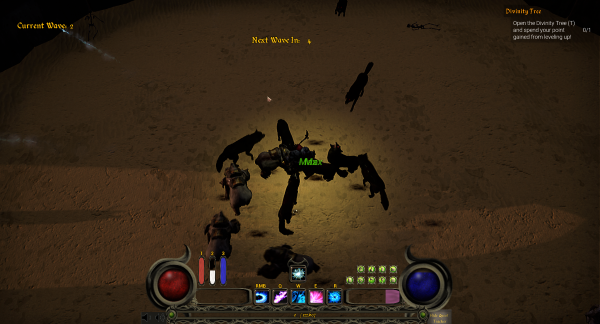 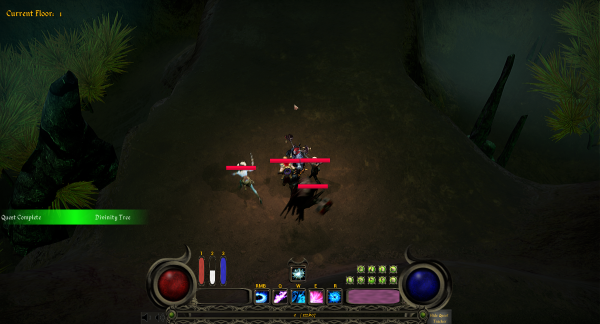 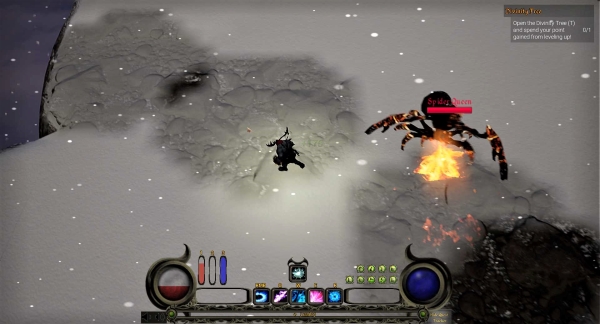