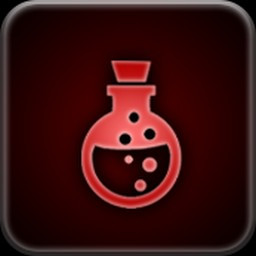 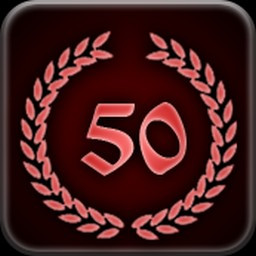 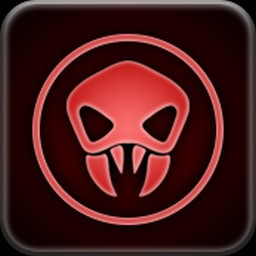 “The game is ready to be played. I want to test the core game design and get feedback from the community to refine the game and find fresh ideas. There are still many features to implement.”

“I plan this period to be 4-6 months, depending on how much new content needs to be integrated into the final game.”

“First of all, more monsters and the possibility to breed monsters of different classes without limit (e.g. Insectoid-Reptile hybrids). I also plan to add surgery, new abilities for the monsters, more arenas to fight in, custom buildings to each province.”

“Yes, the price will be somewhat higher when the game leaves early access. It will depend on the number of new features and contents.”

“I am very curious what players think about the concept of this game. I appreciate any feedback.”
Read more 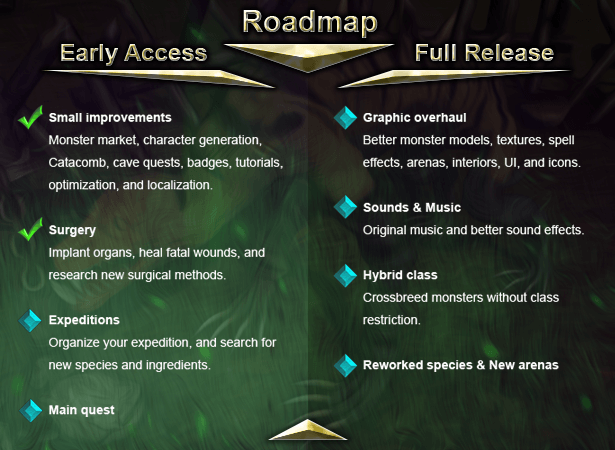 This is a turn-based fantasy strategy game with RPG elements. The game has two main layers: the first is the monster breeding, the second is the tactical turn-based arena combat.

Players can purchase eggs and juvenile creatures from local hunters. The next step is to set up a magical treatment to enhance the creatures’ strength, agility, and other attributes. Nearly all these traits can be manipulated with magic scrolls, potions, blood infusions and runestones, although overuse of magic and potions can cause severe illness, infertility, shorter lifespan, or even death.

Natural species are weak and perform poorly in the arena, but all have at least one valuable ability. There are three classes of creature available: insect, reptile and carnivora. Players can only crossbreed species within the same class, and the best offspring can then be selected for magic treatments to improve their combat performance. Only eggs and juvenile creatures can be treated. Adult monsters earn experience fighting in the arena and learn new skills when leveling up, but these skills are not inheritable.

There are multiple options for players to house their monsters in the various chambers and cellars of the Old Keep, or they can build a small hut or kennel in the courtyard and upgrade it. Depending on their temperature tolerance, some creatures can live in a flooded dungeon cellar while some others need a warm environment to remain healthy. Only healthy creatures can fight and earn money for their masters.

Combat in the arena is tough but not always deadly. Beginners can participate in non-lethal tournaments without the risk of losing a character or monster. Lethal combat pays much better, but this is a game with permadeath, so be aware!

How much risk are you willing to take? Which tournament are you going to enter? Only you decide. Players get money if they take part in a tournament, but only the winners receive the glory and extra rewards.

Warriors, archers and sorcerers can be hired to fight side-by-side with monsters in the arena. Players can personalize their training and equip them with weapons that match their skills and strength, although to be overburdened with armor comes with serious penalties in combat.

Characters earn experience in the arena and gain new skills when leveling up, and older warriors can be valuable trainers depending on their intelligence and trainer skills. Some hired characters may refuse to participate in lethal tournaments, but slaves can also be trained for combat.

Players need to hire a blacksmith and alchemist to be able to craft items like weapons, armor or potions. Every craftsman has unique skills and traits affecting their products’ quality, their rate of work, and the amount of material they use.

Various types of equipment can be purchased to enhance productivity: recipe books, alembics and extractors are all useful accessories of the alchemist's lab, while weapon and armor molds, alloy smelters and special forges are exceedingly beneficial to the blacksmith. Apprentices can be hired to improve productivity and players can employ them as blacksmiths or alchemists when they graduate.

Players can construct or upgrade various types of buildings, allowing them to keep more monsters, incubate more eggs, create more weapons and potions, or increase storage capacity and the size of their living quarters.

Some buildings have unique features: Hatchling's Cabin provides the possibility of using runestones and magic fields to modify juvenile creatures’ traits, while the Alchemist's Shack and Blacksmith's Hut provide more places to hire craftsmen and also give an efficiency bonus. The Old Keep is the default building at the beginning of the game. It has multiple chambers and cellars, all of which can be assigned to any purpose.