“Early access allows us to gauge player response and update the game accordingly. It allows us to receive player feedback earlier on and add more exciting features later on.”

“About 1 year. While our team works on more game modes, more playable characters and more enemy types. We have a lot in store for more Minion Mail!”

“The full version of the game will have multiple new game modes and new characters to play with more enemies to fight. Also local co-op as well as pvp is planned for the full release.”

“No, the game will always be fairly priced.”

Defeat increasingly bigger and scarier hordes of enemies as you summon minions to explode and deliver mail across monster island. You work for the Minion Mail Delivery Service or MMDS. Climb the ranks as you command your minions to deliver mail and destroy any enemy that stands in your way. 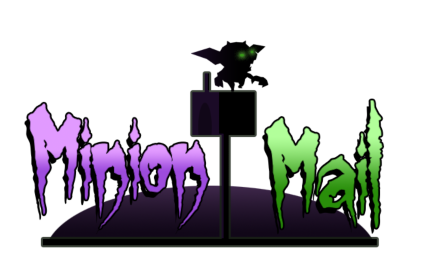 NOW HIRING NECROMANCERS
In this fun fast paced action mail delivery game. Playing as a necromancer summoning your trusty crew of brainless explode-happy skeletons. Working for MMDS under the supervision of 'THE BOSS'. You will need to make sure to deliver your packages in a timely manner while evading package thieves, demon henchmen and their overlords. Do good and get raises earning your way to the top of the leader boards. Do bad... and GET FIRED!

GAME FEATURES
TRAVEL - Make your way across Monster Island exploring various different areas and sights to see along the way.
SUMMON – Increase your minions as your progress and use them to protect and deliver!
EXPLODE - Explode your minions with different types of explosions. All of which are needed to defeat the endless hordes of enemies!
CO-OP - Come to Monster Island with a friend using online co-op or travel solo if you so dare!
DESTROY - Destroy endless hordes of wacky and unruly demons out to stop the mail delivery service!
CUSTOMIZE - Wear the dapperest of hats! Unlock more customization as you progress!
COMPETE - Climb the way up your career ranks with single player and co-op Leaderboards.